Behind the Scenes at Encore! Rehearsals for Make-A-Wish Shows

Rehearsals are underway for the Encore! Cast Choir and Orchestra’s summer production, Dream Our Dreams, A Musical Tribute to the Legacy of Disney. I had a chance to peek in on the volunteer ensemble last week as they practiced and was amazed by the sheer talent of the troupe; which is comprised of roughly 330 singers, 100 instrumentalists, 50 dancers and a production team of 40.

Encore! offers Cast Members an outlet for their creativity and a chance to showcase their talents while performing great music for worthy causes. Encore! producer Bruce Light says at least half of the group have day jobs outside of entertainment and aren’t performers by trade. For all involved, it’s a labor of love. 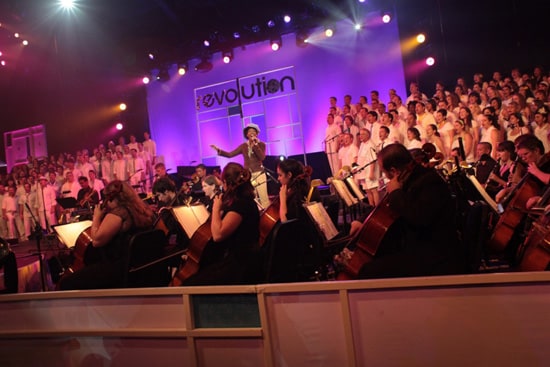 Since its inception in 2002, Encore! has donated the funds from its ticket sales to local charities, raising more than $115,000 to date. They’ve chosen Make-A-Wish Foundation of Central & Northern Florida as their 2010 beneficiary.

Already known for staging spectacular performances, Clay Price, Encore! co-founder, artistic director and conductor, claims this year’s shows are their most ambitious yet. 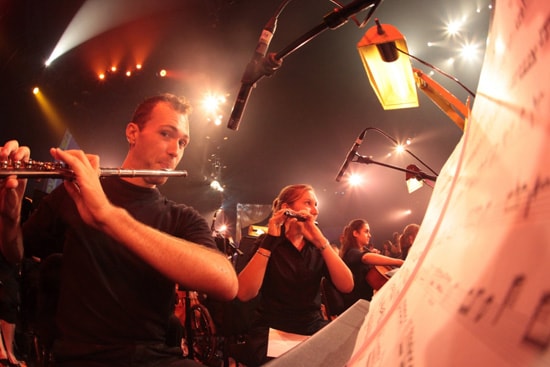 Come and see for yourself. Performances are open to the public and scheduled for Aug. 6 – 8 at Epcot World ShowPlace. Tickets are $15 in advance, $20 at the door and available through www.encorecentral.org.

Likes (1)
Share Behind the Scenes at Encore! Rehearsals for Make-A-Wish Shows