The Disney Magic cruise ship completed her first Northern European itinerary this week, making seven inaugural calls on ports in England, Norway, Denmark, Germany, Russia, Finland and Sweden. With seven new ports came the opportunity for us to share in the time-honored maritime tradition of Plaque and Key ceremonies.

So you might ask, what’s a Plaque and Key ceremony? During our inaugural calls, this is when the Captain and shipboard officers host port officials and community leaders onboard to exchange maritime plaques during an official welcome reception.

Captain John Barwis, along with Captain Mickey Mouse, did just that, beginning in Dover with the Chairman of the Port of Dover, Roger Mountford. Each plaque is particularly unique and serves to commemorate the date of the first call for a ship. Disney Cruise Line has its own ornately designed plaque, like the one you see in this photo. 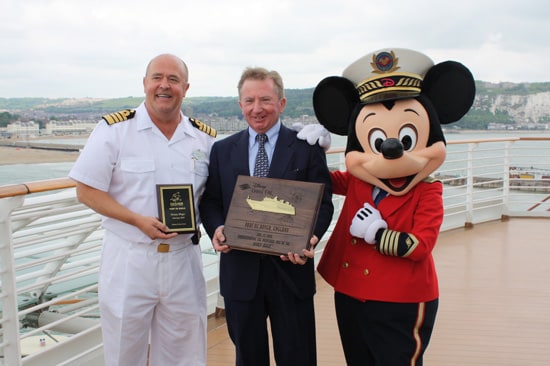 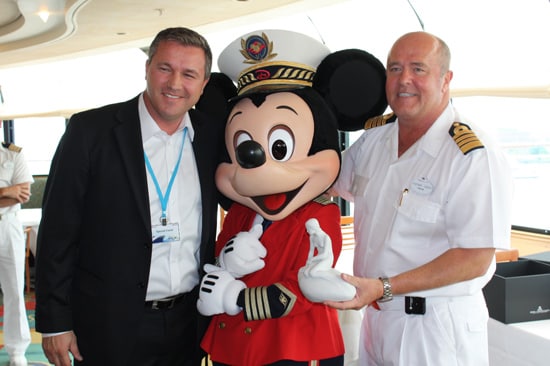 Here are a few more of the plaques the Disney Magic received last week during her inaugural Northern European itinerary. 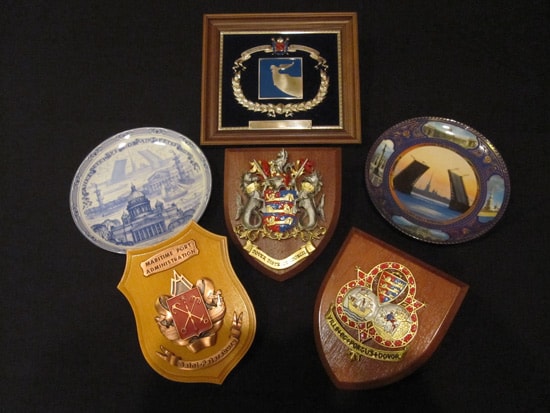