This week, we launched an option many of you have been waiting for at Walt Disney World — the Annual Pass Monthly Payment Program. It’s now available for Florida residents and simple to use. Just make a down payment equal to the price of a non-discounted one-day Magic Your Way base ticket and then pay the remainder through 12 recurring automatic monthly payments scheduled for the year. 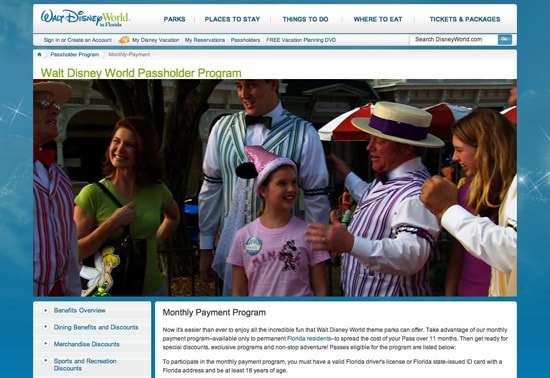 We’ve also made it easy to find your Pass at http://www.disneyworld.com/payments. And now, here are a few other stories that grabbed your attention this week:

Disney Character Bandz Have Arrived! – Find out where to find Disney-inspired Rubber Bandz at Walt Disney World and Disneyland Resorts.

America Sings? Main Street Electrical Parade? Bear Country? America on Parade? What New Attraction or Show do You Think was Most Impressive at Disneyland Park Between 1971 and 1975? – The latest in our Countdown to 55 series looks at 1971-1975. What do you remember most from this time?