Today, we’re unveiling something very different – an unprecedented opportunity to buy a home at the Walt Disney World Resort. You read right. Golden Oak is a new one-of-a-kind, luxury residential resort community that Disney Imagineers helped design. So, of course, it’ll have a unique Disney touch. 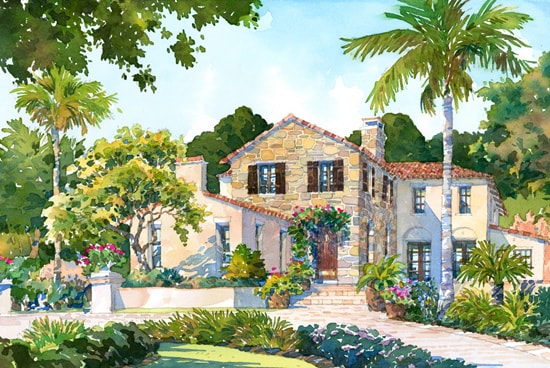 Take a look at our first released artist rendering of a Tuscan village courtyard home – it’s one of several architectural styles that’ll be featured at Golden Oak. Parks, pedestrian pathways and a private clubhouse are also planned for the community designed especially for resort living.

We’ll have more on this in future Disney Parks Blog posts. But if you’d like to know more right now, please visit www.disneygoldenoak.com.