In March, we shared behind-the-scenes photos and video that showed Imagineers creating an attraction in Paradise Pier, Silly Symphony Swings, which replaces the Orange Stinger, a swing attraction that looked like a partially peeled orange.

Today, we’re sharing photos of the completed attraction and some fun facts. The attraction officially opens June 11 but has been available for guests to experience for a little more than a week. 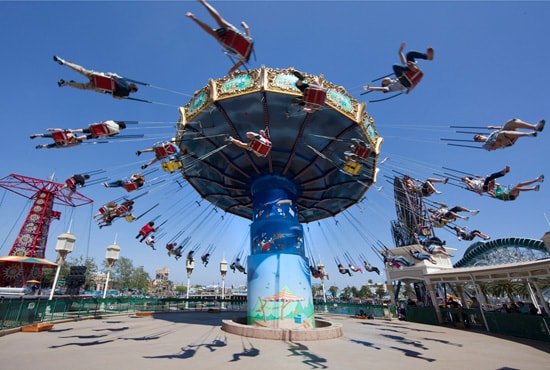 Here’s the symphonic scoop on the tuneful addition to Paradise Pier:

If you’ve had a chance to “swing” on this new addition in the Park, what did you think?