Splash Mountain Opening? Captain EO? Star Tours? What do You Remember Best at the Disneyland Resort Between 1986 and 1990? 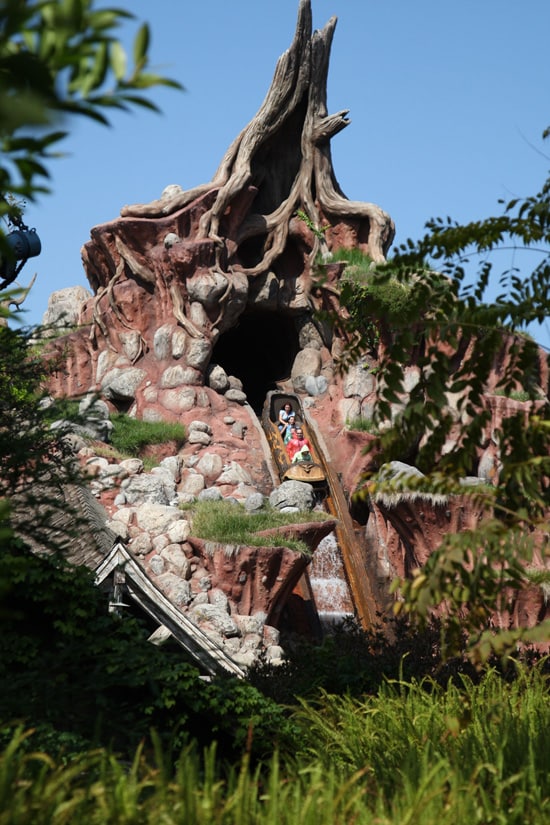 The countdown to the 55th anniversary continues! Today we’re looking back to 1986 through 1990.

I spoke with my colleague and longtime publicist John McClintock, who celebrated his 23rd anniversary with the Disneyland Resort just last month, and asked him what he remembers best during these years. John recalls, “Star Tours had just opened when I arrived in Disneyland Public Relations. Work was just getting under way on Splash Mountain. So we had this one-of-a-kind Tomorrowland space adventure and we were working on this flume ride, not only the first in a Disney theme park but with an enormous cast of characters, the longest steepest drop and the most elaborate show of any flume ride anywhere. It wasn’t hard, even for the new kid on the block, to get excited about what we were publicizing.”

For those who may not have visited Disneyland park at this time or those who might not remember, here’s an overview of this half decade.

1990 – Disneyland park celebrated its 35th anniversary with “Disneyland Big” and a new parade called Party Gras that featured a parade float that towered 37 feet. The Dream Machine, located in Central Plaza, gave some fortunate guests an opportunity to try their luck to win one of many prizes that included Walt Disney Home Videos, a Mickey Mouse plush or even a new car.

1989 – Splash Mountain debuts and is the fastest, tallest and steepest flume attraction at its time! Disneyland park welcomed its 300 millionth Guest with a new marquee in 1989. The new marquee featured a digital board with changing messages and fiber optics that helped the name Disneyland sparkle at night. “Blast to the Past” returned with Chubby Checker and 2,248 guests breaking the record for most people doing the twist in one location. In the winter, the “One Man’s Dream” show premiered at Videopolis.

1988 – The celebration of 60 years with Mickey Mouse started with a visit to Disneyland park by Earforce One, a 100-foot hot air balloon. In November, five thousand children from North America and parts of Asia were treated to a day at Disneyland park to celebrate. The ’50s were also celebrated in Disneyland Blast to the Past, and the Main Street Hop filled the street with cast members dressed in poodle skirts and saddle shoes. In 1988, Disneyland park set the record for the most people hula hooping at the same time in one location – 1,527 people gathered in front of Sleeping Beauty Castle to break the record. Also in this year, Disney purchased the Disneyland Hotel from the Wrather Company, and Bear Country’s name was changed to Critter Country in preparation for Splash Mountain.

1987 – Star Tours officially opens at Disneyland park in January! A galaxy far far away was brought a lot closer as Star Tours began transporting guests to Endor in a new type of experience, combining military grade flight simulation and a first-person perspective of flight scenes. The Disney Gallery also opened its doors above the Pirates of the Caribbean and offers guests an opportunity to view unique Disney art.

1986 – With a party that lasted 60 hours, Captain EO leaped off the screen in Tomorrowland for the first time, giving guests an intergalactic musical adventure that could only initially be seen at Disneyland and Walt Disney World Resort (and nowhere else in the universe). On the other side of the park, Big Thunder Ranch opened, and for the first time, guests could visit with some of the animals from the Circle D Corral. Guests could also visit the new Big Thunder Barbecue where they could drink from a glass jar and get their food from the “chuck wagon.”

So, what do you remember best during these years?

Likes (1)
Share Splash Mountain Opening? Captain EO? Star Tours? What do You Remember Best at the Disneyland Resort Between 1986 and 1990?