The Colorful World of Oh Mickey! This past Spring we introduced the first of our open window box Vinylmation series called “Oh Mickey!” Featuring several colorful designs, this series was first to incorporate the concept of choice with a splash of mystery. In other words, you can choose your favorite 3” figure and then be surprised by the hidden 1.5” figure that is packaged with it. Like that little extra surprise, you may be surprised to learn the “Oh Mickey!” series is part of a much larger program. I recently spoke with Eric Caszatt and Patty Landing, senior graphic designers with Disney Design Group, about the evolution of this art style.

“I started work in Spring 2009 on the ‘Oh Mickey’ style guide,” explained Eric. “It was part of a much larger Walt Disney Company initiative to reinterpret Mickey Mouse for a whole new generation while keeping nods to Mickey’s past. I developed the style guide for this program that would be used for the entire Disney Parks division.” 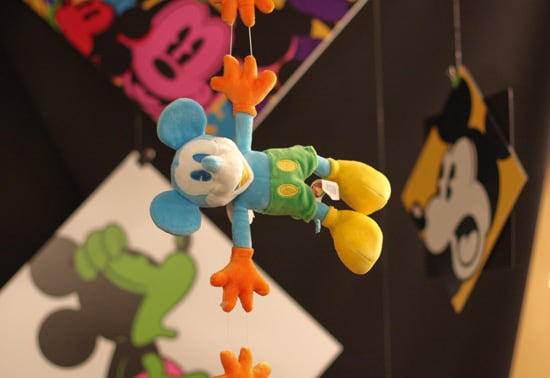 “Oh Mickey” is part of a “global program,” and the style guide Eric created would be reference material for multiple categories such as softlines (things you wear) and hardlines (all the other items you use, play with, display, trade, read or watch). You have probably seen these “global programs” before while visiting merchandise locations at Disney Parks and Resorts. They are designed to make statements (merchandise with a common theme) that tell a visual story within merchandise shops. While Eric created the overall style guide for “Oh Mickey,” Patty Landing worked on some designs aspects for the hardlines division. She explained that Mickey’s expressions were the key to the success of the program.

“We wanted ‘Oh Mickey!’ to be animated and filled with energy,” said Patty. “Mickey Mouse has so many great expressions especially from the 1930s animated shorts. We combined those expressions with bright colors that really popped that gave a fresh new approach to Mickey.”

After completing the style guide, Eric joined the Vinylmation art team. One of his first projects was the development of the “Oh Mickey!” Vinylmation series (talk about perfect timing). He used elements from the style guide he created to design the four fun, graphic intensive 3” figures and six additional 1.5” Vinylmation, Jr. mystery figures. He told me his favorite 3” figure was the white one with a variety of Mickey Mouse’s expressions. 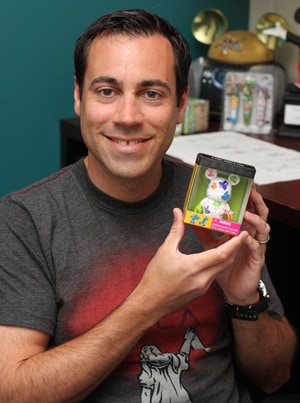 One last little known fact is that the Vinylmation, Jr. figures designed for this series were actually the inspiration for the later Vinylmation, Jr. key chain series. The first shipment of the 1.5” figures included with the “Oh Mickey!” series don’t have key chains, yet the subsequent orders will. This should make the originals truly unique just like they mouse in which inspired them.

You can download some fun wallpaper and icons inspired by “Oh Mickey!” at Vinylmation.com:
http://eventservices.disney.go.com/static/vinylmation/ohmickeydownloads.html