This is Vinylmation, Jr. 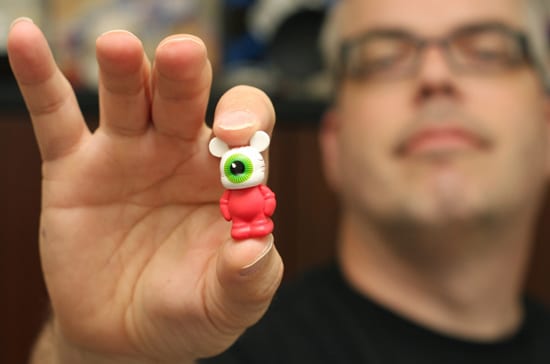 “Isn’t it awesome?!” exclaimed Thomas Scott, lead designer for Vinylmation with Disney Design Group, when I recently sat down to discuss his baby, Vinylmation, Jr. I say his “baby” as Thomas was the creator behind this new Vinylmation collectible which is half the size of the original 3-inch figure. You may recall we first introduced Vinylmation, Jr. at the opening of D-Street at Downtown Disney Westside in April 2010. The story of Vinylmation, Jr., however, began long before the first mystery box was ever sold.

The idea for Vinylmation, Jr. came about the same time as we were looking for ways to add some additional mystery to new open window figures we were creating such as Vinylmation Oh Mickey! and Vinylmation Sports. The mystery box key chain concept seemed like a natural extension to the 3-inch mystery figures.

“After seeing the first Vinylmation, Jr. designs for ‘Oh Mickey!’ and ‘Sports,’ I realized we could create an entire series based on these simplistic designs that would appeal to a whole new fan,” continued Thomas. 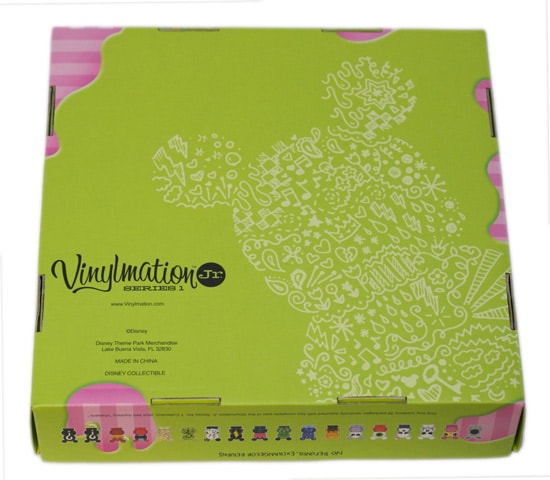 Thus Vinylmation, Jr. Series #1 was born. Thomas created the concepts for the entire series and enlisted Lisa Badeen of Vinylmation Cutesters fame to assist. In fact, some of Lisa’s handwriting and doodles are found on the packaging.

“What many Guests don’t know is Vinylmation, Jr. was digitally sculpted,” said Thomas. “Unlike the original 3-inch and 9-figures which were first sculpted by hand using clay, the 1.5-inch figure was created on a computer. The manufacturer then used the digital file to create a three dimensional digital print, known as a rapid prototype. The prototype was used to create the mould. So the final figure is exactly how I envisioned it.” Series #1 tells a story with complementing figures. Thomas and Lisa split development based on Thomas’ concepts. But I don’t want to explain too much about the series as I want to see if you can figure out theme.

I asked Thomas if he had a particular favorite figure from Series #1. “The eyeball is my all time favorite,” responded Thomas. “I also like the man eating plant because where else would you see a man eating plant at Disney.” When asked about future Vinylmation, Jr. series, Thomas smiled and gave a semi-cryptic response. 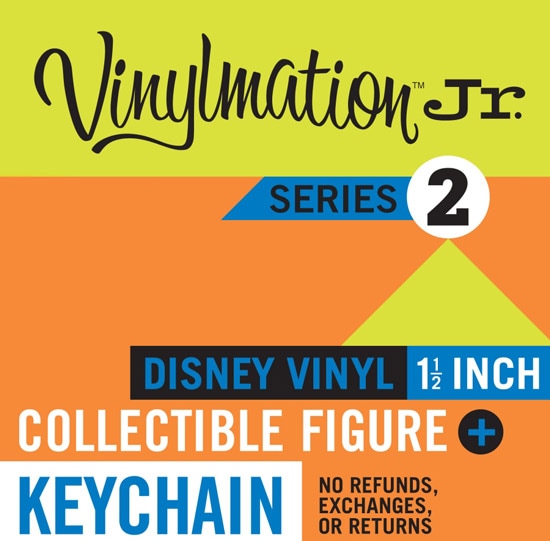 “Vinylmation Series #2 is unofficially called ‘Color Block,’” he said. “The series features designs inspired by some famous colors combinations. I think our Guests will enjoy collecting them all. And it would not be lucky for me to share any information about Series #3.”

Vinylmation, Jr. Series #2 will be released at Disneyland Resort on June 18, 2010. It will be released in Florida on Friday, June 25 at D-Street at Downtown Disney WestSide. It will also be released on the Disney Parks Online Store at a future date. Like its predecessor, Series #2 will contain 16 known figures and two different mystery chasers. Each figure will be packaged in a mystery box, which leaves me asking, “Which one did you get?”

Destinations: This is Vinylmation, Jr.