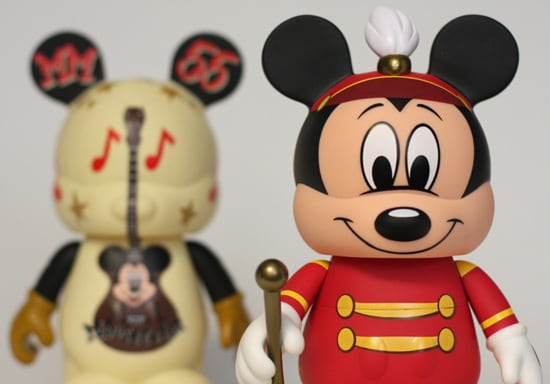 I love Disneyland! My wife and I spent our honeymoon there, and I’ve visited the Resort nearly every year since the start of the new Millennium. There is something so special about the place where Walt Disney walked. That is probably why I’m excited about the new Vinylmation figures inspired by the 55th Anniversary of Disneyland Resort which we are calling “Vinylmation ’55.” I recently spoke with Susan Foy from Disney Design Group about the first two figures from this series – a 9” plus 3” set celebrating the 55th Anniversary of The Mickey Mouse Club (a television show that also made its debut in 1955). 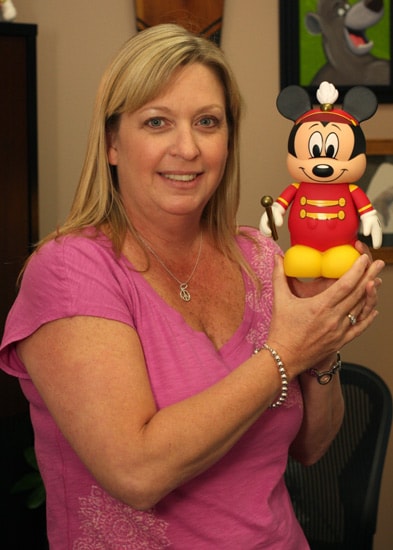 “I started work on the figures in March 2009,” explained Susan. “I remember watching the original series as a child. The first concept I had was a tribute to the Days of the Week which evolved to the little girl and little boy Mouseketeer figures. I watched the show intro many times and remember seeing their cute faces on the curtains.”

Susan was first hired to work on designing merchandise for the opening of Disney California Adventure in 2001. She also created many outstanding designs for the 50th Anniversary of Disneyland Resort in 2005 (has it really been five year since then?). It only seemed natural to have her work on these first two figures for the nostalgic Vinylmation ’55 collection. 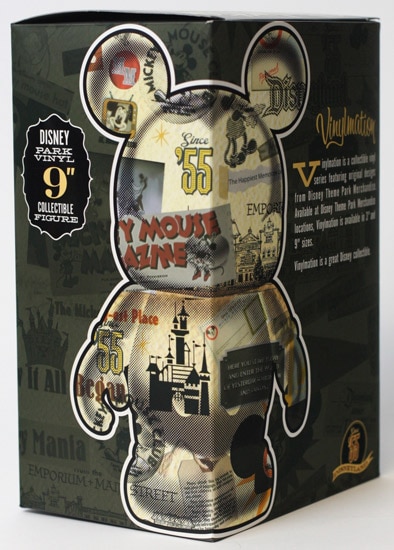 Susan shared that the girl and boy were originally going to be the 9” figures. Funny thing is the girl kind of reminds me of fellow Disney Parks blogger Michelle Harker (but don’t tell her I said that). The Mouseketeer kids eventually became 3” figures after the idea of creating a combo set was suggested by Donald Ferro, developer for Vinylmation. “With the new combo set in mind, I wanted icons from the show that Guests would remember and would complement the young Mouseketeers,” continued Susan. “I liked the randomness of the Mousegetar. My husband is a musician so maybe that is why I chose that one. I also wanted to feature a character, so band leader Mickey Mouse seemed like a great choice. He is the leader of the club after all! ”

Referencing her original design concept, I asked Susan if she had a favorite day of the week. Some of you may recall each day on the show had a different theme.

“Certainly not Mondays,” laughed Susan. “Fridays are always great but I also like Tuesdays.”

These two figures will be released exclusively at D-Street in Downtown Disney District at Disneyland Resort. Each set has an edition size of 555. Stay tuned to http://www.Vinylmation.com for a release date and look for more figures coming from the Vinylmation ’55 collection this year.