I’m proud to share a couple of photos, taken by Gene Duncan, of some new additions to the Disney’s Animal Kingdom family. 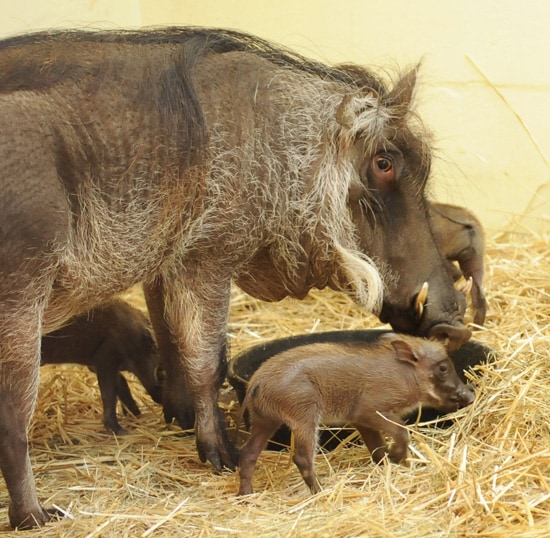 Remember Pumbaa from “The Lion King?” Three real-life Pumbaas – baby warthogs, all males – were born July 1. This is the first litter for their mom, who is doing an excellent job raising her offspring. The births are a result of a recommendation of the warthog Population Management Plan program coordinated by the Association of Zoos and Aquariums (AZA).

In the wild, warthogs face challenges related to habitat destruction. Counting the new piglets, we now have four male and two female warthogs at Disney’s Animal Kingdom. Disney’s Animal Programs animal care experts expect the baby warthogs, which are currently in their backstage home, to be out on the Kilimanjaro Safaris savannah with their mom in several weeks. 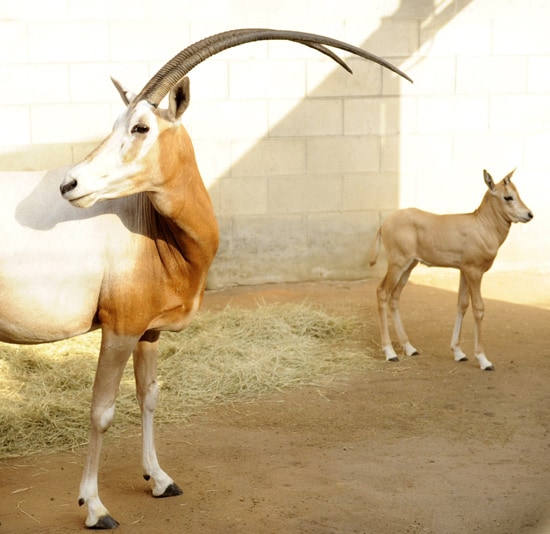 In late June, two male scimitar-horned oryx calves also were born at Disney’s Animal Kingdom. One arrived via natural birth; the other, due to difficulties during birth that put the mother and calf at risk, was delivered by Caesarean section in view of our Guests at the Disney’s Animal Kingdom veterinary hospital at Rafiki’s Planet Watch. Guests who had the opportunity to see the birth told us they felt privileged to witness such a rare event.

Scimitar-horned oryx are extinct in the wild due to poaching and other challenges, and efforts are under way to reintroduce this species to protected areas of Senegal, Africa. The births are a result of a recommendation of the scimitar-horned oryx Species Survival Plan program coordinated by the AZA. With the new calves, we now have four males and five females in the scimitar-horned oryx herd at Disney’s Animal Kingdom. The oryx moms and their calves are bonding in their backstage home, and a date has not yet been determined for them to go out on the Kilimanjaro Safaris savannah.

Conservation fun fact: The Disney Worldwide Conservation Fund has provided more than $100,000 to programs helping to conserve scimitar-horned oryx, including efforts to reintroduce them to their native habitats.