A quick update to our recent post on Canoe Races of the World, also known as C.R.O.W.; a new champ reigns supreme for 2010. 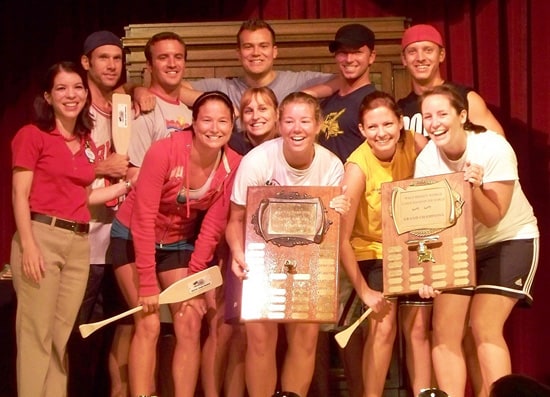 Of 79 participating teams, Shut Up and Let Me Row… HEY! from Disney’s Animal Kingdom Lodge, was crowned the 2010 C.R.O.W. grand champion on July 23. The title is a first for the co-ed recreational team, who competed against five other finalists in the grand championship round, held pre-dawn on the Rivers of America in the Magic Kingdom.

Team captain Kari Harlow says strong communication and unity among the team members to keeping them in sync on the river and ultimately cinching the victory. A sense of humor helped too. Harlow says the team loves to laugh, which kept them feeling positive throughout the competition.