Cast Canoe Races: A Disney Tradition of Paddles Up Before Dawn

Tradition means a lot to us at Disney Parks and today we’re sharing a glimpse at one of our Cast favorites – canoe races. Canoe Races of the World, also known as C.R.O.W., is a beloved annual Cast Member event that dates back to 1963 at Disneyland, 1973 at Walt Disney World Resort and is now at Disney Parks worldwide. 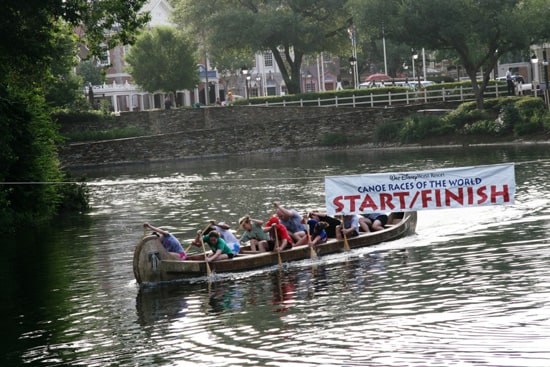 Scores of Disney Cast Members will arrive at the Magic Kingdom before sunrise this month to participate in the friendly competition. By July 23, a total of 79 teams (each has 10 people on board) will compete on the Rivers of America in the Magic Kingdom before park open in canoes that were part of the original Davy Crockett’s Explorer Canoes attraction. Teams that row around Tom Sawyer’s Island with the best times, averaging around five minutes, advance to the finals and get a chance to race against the clock in a championship round. 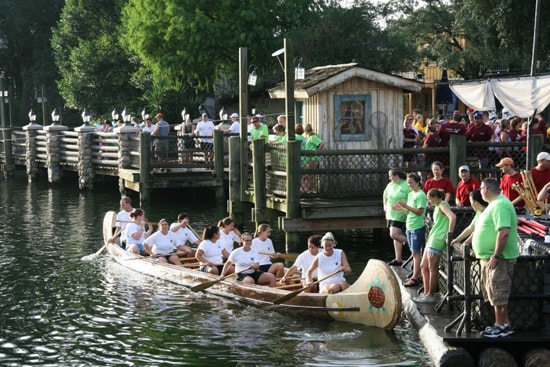 Fans line the shoreline to cheer on their favorites. The atmosphere is festive; the competition is fierce, yet all seem to have fun. Click to view some highlights:

Event organizer Paige McCalmon says that “steering is the key to winning the race.” To that end, they hold a steerers clinic every year to give everyone an edge going into the races. You can definitely see a difference in the teams that choose to take advantage of it.

This year’s C.R.O.W. champion will be crowned on July 23. Besides earning bragging rights, the winning team will get their name inscribed on an award plaque that is treated much like the Stanley Cup; they get to keep it until next year’s canoe races.

Likes (0)
Share Cast Canoe Races: A Disney Tradition of Paddles Up Before Dawn