Next Tuesday, the 2010 Major League Baseball All-Star Game comes to Anaheim. With the Midsummer Classic here in our own backyard, there couldn’t be a more perfect All-Star Game parade route than one that begins in the Anaheim Resort Area and concludes on Main Street, U.S.A. in Disneyland park, allowing our guests to join in the celebration.

I thought it would be fun to look back at some of our pictures celebrating special moments with some of the greats of the game.

In this 1966 photo, Walt Disney attends the California Angels first regular season home game at their new home in Anaheim. 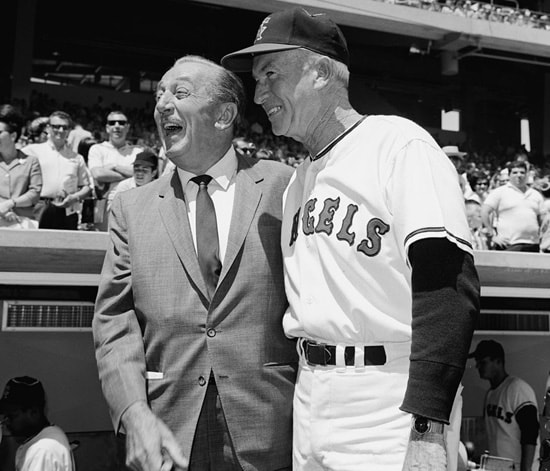 Shown here with Angels manager, Bill Rigney, Walt couldn’t have imagined the role his company would play so many years later in helping ensure that the team remained an exciting part of the Anaheim community. 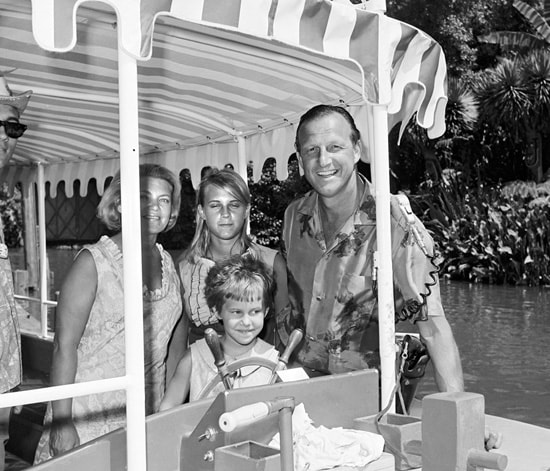 Pictured here, Stan “The Man” and his family take a ride on the Jungle Cruise.

Joe DiMaggio was already a baseball legend when Disneyland park opened in 1955. In fact, that same year, he was inducted into the Baseball Hall of Fame. 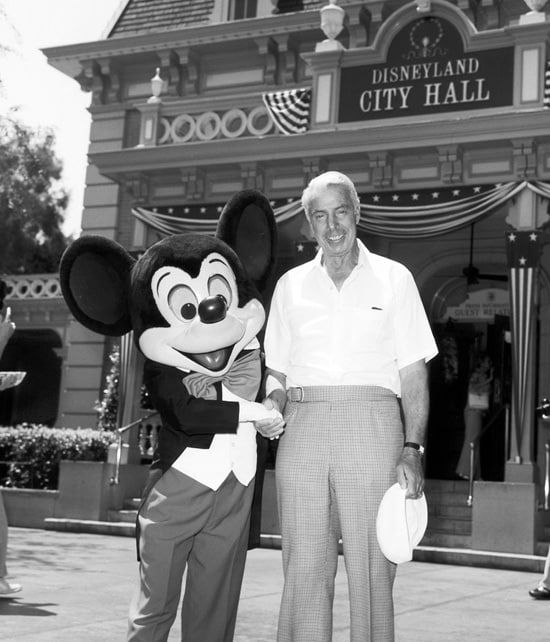 And 21 years later, the Yankee Clipper was photographed outside City Hall with Mickey. The last time the All-Star Game came to Anaheim was in 1989, and that’s when Willie Mays met Mickey Mouse. I imagine here the “Say Hey Kid” is telling Mickey how he hit the very first homerun in Anaheim Stadium, in 1966.

In July, 2001, Cal Ripken, Jr., made a special visit to Disney California Adventure park during his last trip to Anaheim as a professional baseball player. To mark the occasion, the park was actually renamed Disney’s “CAL” Adventure to honor the Orioles legend. 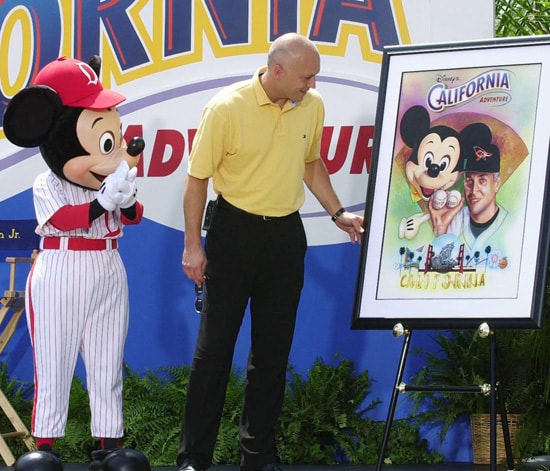 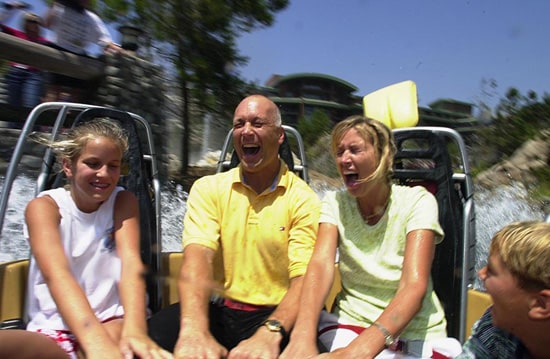 Shown here riding Grizzly River Run with his family, Ripken said at the time, “Disneyland has always been a favorite place for my family and me, and I thank them for this tremendous honor.”

Of course, the Anaheim Angels’ 2002 World Series victory parade down Main Street, U.S.A. was one celebration I personally will never forget! 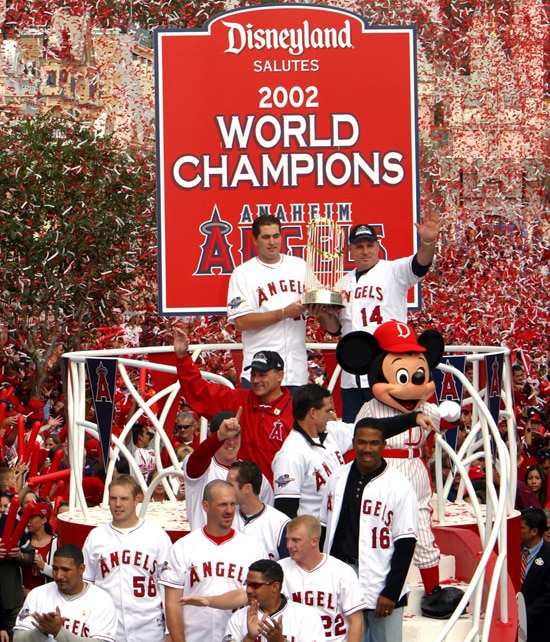 In addition to parades through Anaheim and Disneyland park, the players also made a special appearance at Disney California Adventure park to celebrate their championship. 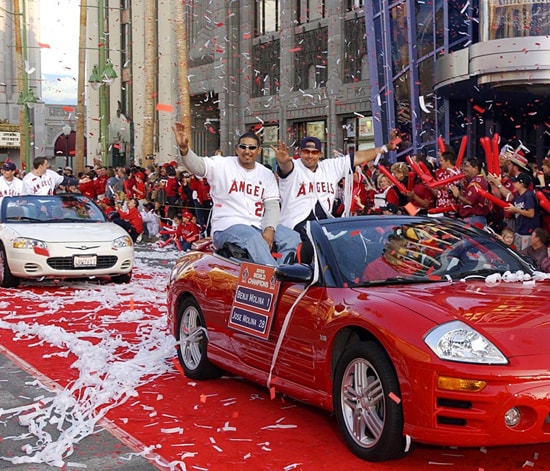 Check back here next week for all-new photos of today’s biggest baseball stars as they make their way down Disney Parks’ own “Canyon of Heroes;” Main Street, U.S.A.