Kaka kicks it at ESPN Wide World of Sports Complex 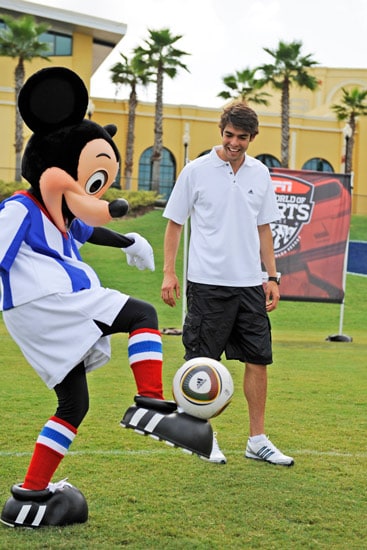 The World Cup soccer fever is still lingering at ESPN Wide World of Sports Complex where several star players from the recent World Cup have showed up the last several days. The latest is Brazilian soccer superstar Kaka who stopped by the sports complex at Disney on the heels of the Disney Cup International which featured youth teams from Brazil, Haiti, Malaysia and 15 other countries. 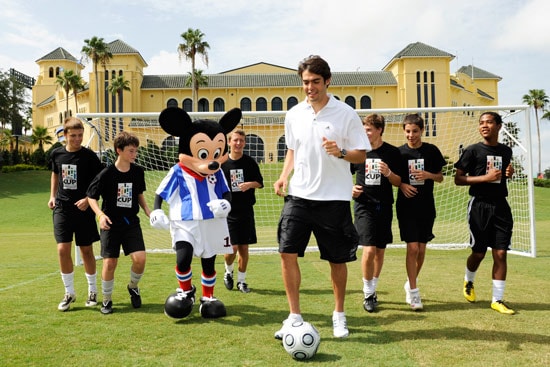 Kaka spent time at the sports complex giving some tips in a mini soccer skills session with some youth soccer players. Of course once Mickey found out about the chance to play with an international soccer star like Kaka, he couldn’t resist and came out in hopes of kicking his game up a notch.