Last but not least…..This is the last of a series of five posts on the musicians in the Downtown Disney District. Introducing Scott Williams: 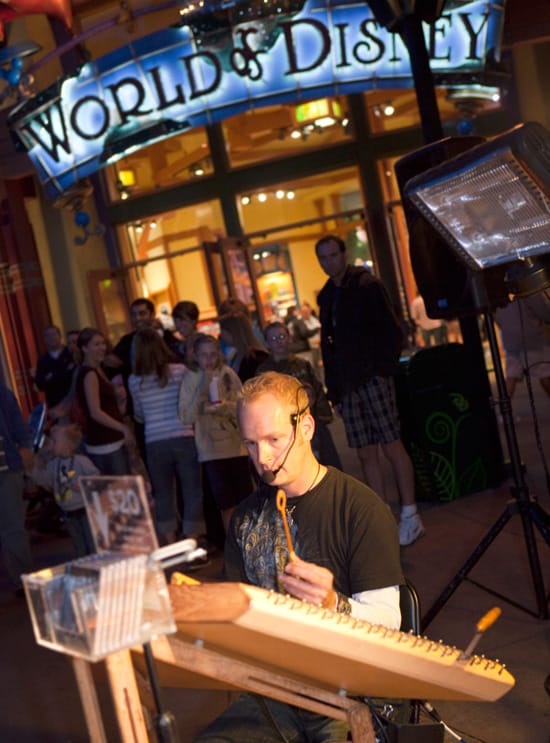 Bringing to life an ancient instrument for sacred songs, Scott Williams is a multi-talented musician who creates a vivid tapestry showcasing the hammered dulcimer. With Celtic, colonial, medieval, rock, and Renaissance influences, Scott has developed a repertoire of songs for the instrument which are performed with his own backing tracks. These studio mixes featuring cello, bass, guitars, and mandolins allow Williams to deliver a full bodied performance that can sound like a full ensemble.

Although schedules are subject to change, Scott Williams is currently slated to perform at the World of Disney Stage area in the Downtown Disney District. Check DowntownDisney.com/Anaheim for specific show times.

Do you have a favorite Downtown Disney musician that we haven’t yet covered in this series of posts?