Earlier today we announced the extension of Disney’s Main Street Electrical Parade at Walt Disney World, and if that’s not enough good news for a Thursday, there’s also a fresh, new show coming to the Disneyland Resort and Walt Disney World Resort this Fall.

A live, rock-concert style show will blast popular music from a variety of Disney Channel hits, including the “High School Musical” series, “Camp Rock” and “StarStruck.” The show, which has yet to be officially named, will follow a format that is similar to “High School Musical 3: Senior Year – Right Here! Right Now!” The new show is scheduled to debut at Disney California Adventure park and Disney’s Hollywood Studios on October 22. 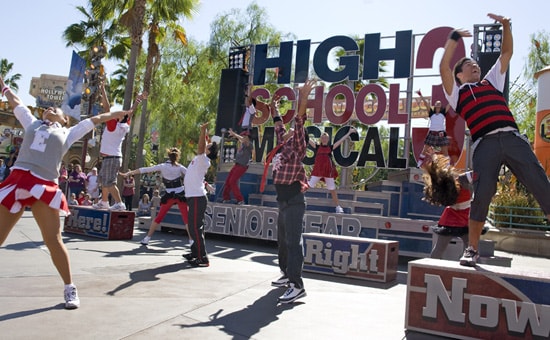 Stay tuned to the Blog for more updates on this new show coming to Disney Parks.