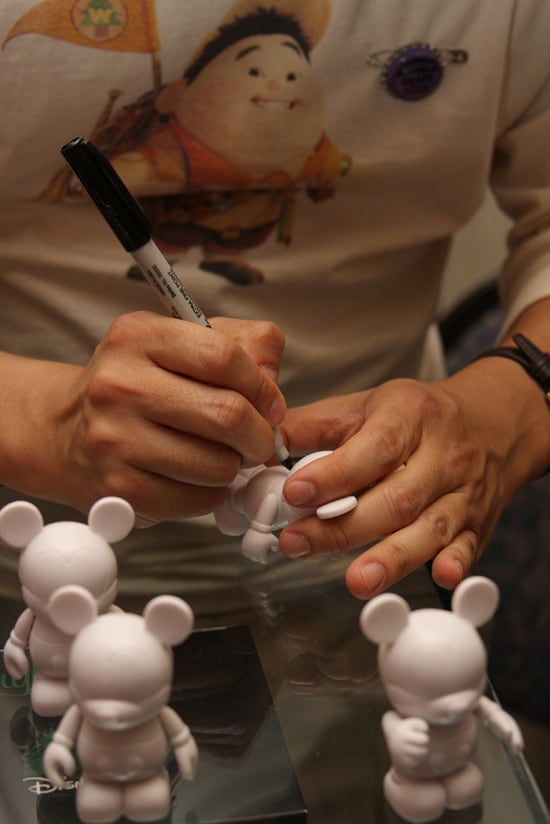 Fellow Disney Parks blogger Michelle Harker recently wrote about several upcoming events at Disneyland Resort. She said she didn’t want to “steal my thunder” regarding a special event taking place at D-Street at Downtown Disney District in California. So here is “my thunder” (more like some additional details) about the Vinylmation Artist Signing and Meet and Greet scheduled for Sunday, July 25, from 1:00 p.m. to 4:00 p.m.

The particularly cool part is this event will feature the core Vinylmation art team from Disney Design Group including Thomas Scott, lead designer for Vinylmation; Eric Caszatt, Senior Graphic Designer (known for the previously discussed Vinylmation Oh Mickey!; and Lin Shih, production artist, who has designed figures, packaging and other three dimensional product modeling. Donald Ferro, Product Developer for Vinylmation, and I will also be there to meet with Vinylmation fans. It’s not often that the artists visit the West Coast, so I’m happy we will be holding this event (especially since many blog readers had asked for one in previous postings). 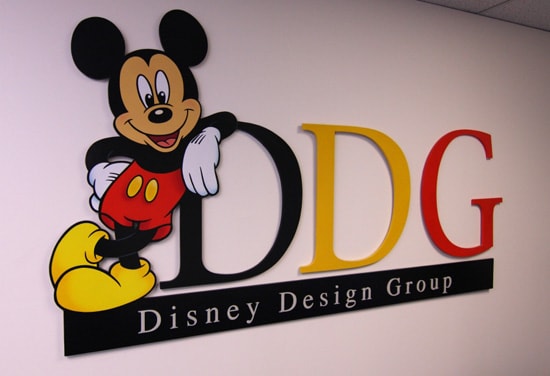 The artists don’t physically get to visit Disneyland Resort that often as Disney Design Group is located in Florida. The Disney Theme Park Merchandise headquarters is a non-descript building at Walt Disney World Resort, but inside the building is where the magic takes place. Merchandise, artwork, visual designs, store concepts and more are created by teams of merchandise Cast Members. Disney Design Group creates the merchandise artwork for Disneyland, Walt Disney World, Disney Cruise Line and more. It’s pretty inspirational (okay – it’s down right awesome) to walk through their area and see artwork for upcoming merchandise items (by the way, the Walt Disney World 40th Anniversary merchandise looks fantastic – but that’s another story). 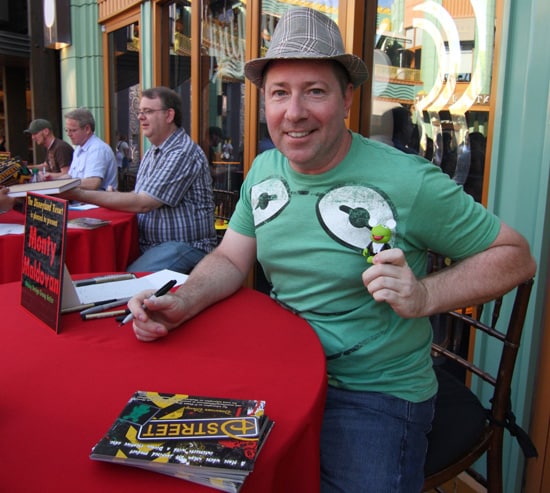 At the recent Artist Party at D-Street on July 11, we featured Randy Noble, Dan Howard, Tyler Dumas, and Monty Maldovan. It was a big success and a lot of fun (pictured above is Monty showing off his favorite figure he designed, Kermit the Frog). The July 25 party is the sequel to the July 11 party. For those who have never attended an Artist Party, it is an opportunity to meet the artists behind favorite your Vinylmation figures. The artists will also sign autographs, so please bring whatever Vinylmation figures you would like (even the previously purchased ones). Just remember there may be a limit to autographs (to keep it fair for all Guests). 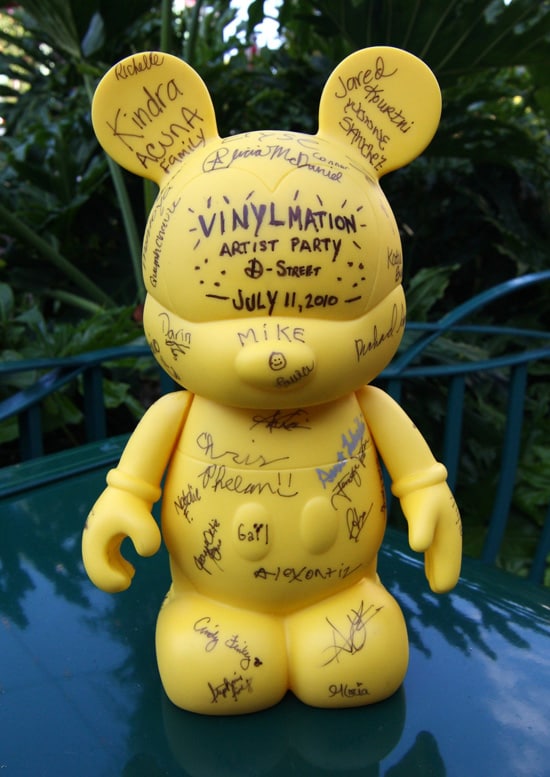