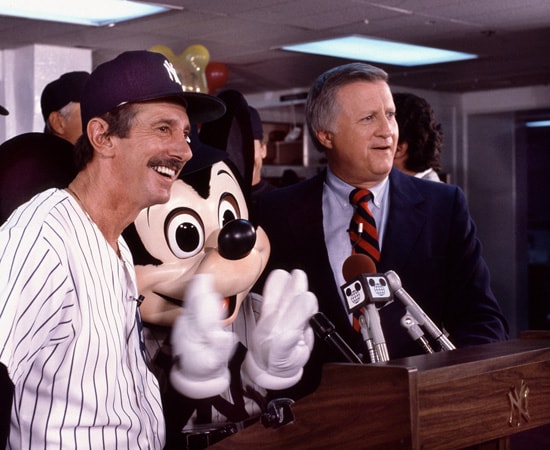 Walt Disney World entered into a successful promotion with Major League Baseball in 1985, and the very first event took place in Yankee Stadium during a sold-out series between the Yankees and the Tigers. Prior to the actual events, which involved a “team” of properly costumed characters performing on the field before the games, marching bands, balloons and fireworks, we filmed a television commercial inside the Yankees dressing room with Mr. Steinbrenner and Billy Martin. The commercial featured the two superstars and I was delighted to have a front row seat.