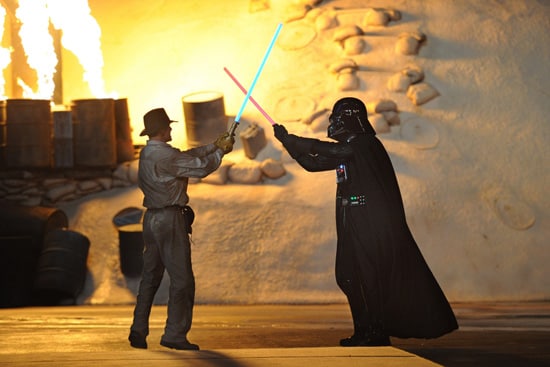 Here’s something you’ve never seen before and may never see again – a lightsaber battle between two of Hollywood’s most famous film characters, Indiana Jones and Darth Vader. The face-to-face meeting was part of the “The Last Tour to Endor” event at Disney’s Hollywood Studios for fans attending this week’s Star Wars Celebration V in Orlando, Florida.

Walt Disney Creative Entertainment created the special show, which featured Star Wars characters like Darth Vader making one-night-only appearances in the park’s “Indiana Jones Epic Stunt Spectacular” live show. We have more to share from the show so be sure and check the Blog this week.