Disney Books: It’s All in the Details

On a recent trip to Once Upon a Toy at Downtown Disney Marketplace, I spotted a book I had never seen before – “Windows on Main Street” by Chuck Snyder ($6.95). The book maps out and profiles the various people whose names are imprinted on the shop windows that line Main Street, U.S.A. at both Magic Kingdom Park and Disneyland Park. I’ve always been interested in Disney history (and I love books), so I knew I had to add it to my collection.

Inside, the book explains that the tradition of placing select names on these precious windows was started by Walt Disney as a way to commemorate those who made milestone contributions to his theme park and animation businesses. The book’s maps enable you to create your own self-guided tour down Main Street, U.S.A., so I decided to take it along on my next trip to Magic Kingdom Park. 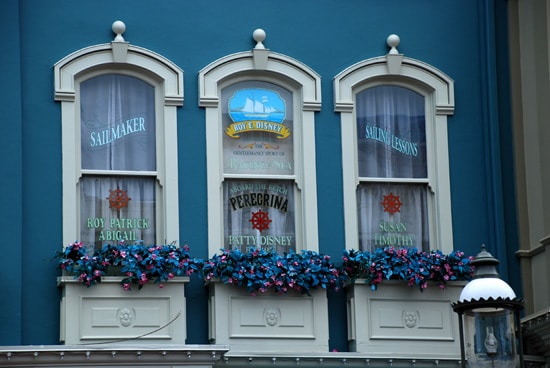 Starting at the Main Street Confectionary, I used the book to help me trace my way back through Disney history. Some names on the windows reflect famous Disney Legends like X. Atencio, who had a hand in creating two of my favorite attractions by writing the lyrics for “Yo Ho (A Pirate’s Life for Me)” for Pirates of the Caribbean, as well as the storyline and theme song “Grim Grinning Ghosts” for The Haunted Mansion. A series of windows honors Walt’s nephew, Roy E. Disney for the contributions he made to Disney animation. The nautical theme is a nod to Roy’s passion for sailing. 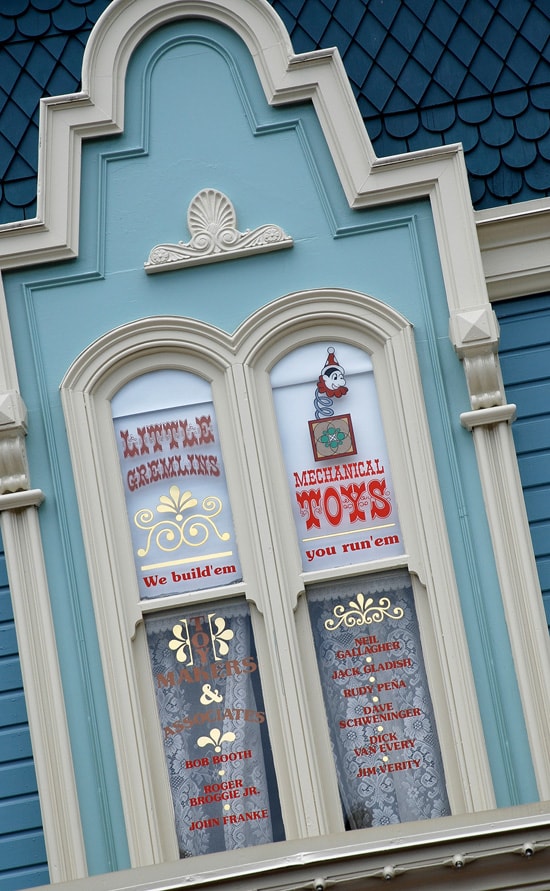 My next stop was the Sawyer Fence Painting Co., window, which offers a nod to Disney Legend Tom Nabbe, who was handpicked by Walt Disney to portray Tom Sawyer at Disneyland Park. Then it was on to the Mechanical Toys window, which honors individuals like Roger Broggie Jr., for their contribution to Audio-Animatronics design. 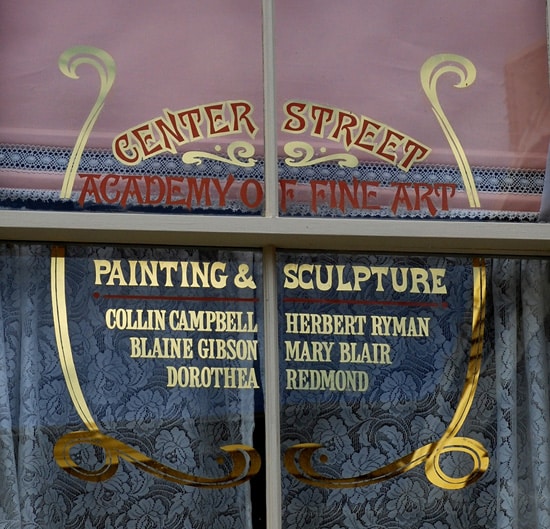 Moving on, the Center Street Academy of Fine Art – Painting & Sculpture window is a reference to some of the theme parks’ most influential artists. Included here are nods to Blaine Gibson, whose animation and sculptures were the basis for many Audio-Animatronics; and Mary Blair, a color stylist/designer who worked on “it’s a small world” for the 1964-1965 New York World’s Fair; among others. 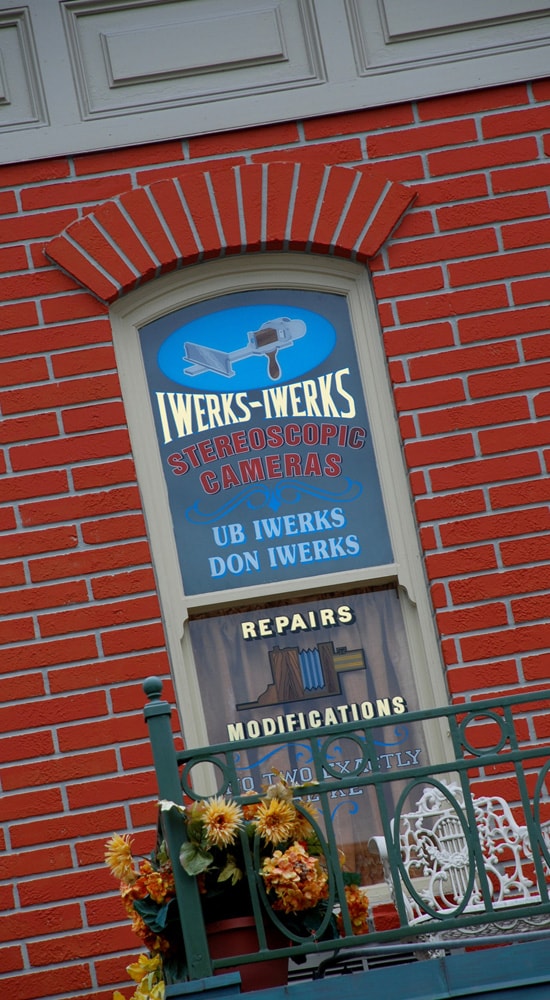 Crossing to the other side of Main Street, U.S.A., I found the Iwerks-Iwerks Stereoscopic Cameras window, which honors one of Walt Disney’s first animators – Ub Iwerks. According to the book, Iwerks’ credits include animation on the company’s earliest shorts, Plane Crazy and Steamboat Willie.

Overall, this book provided a lot of fun and insight into some of the small details of this area of the park. In addition to Windows on Main Street, there are several other books available at the Walt Disney World Resort that even more behind-the-scenes details. Consider picking up some of the following on your next trip:

Likes (0)
Share Disney Books: It’s All in the Details