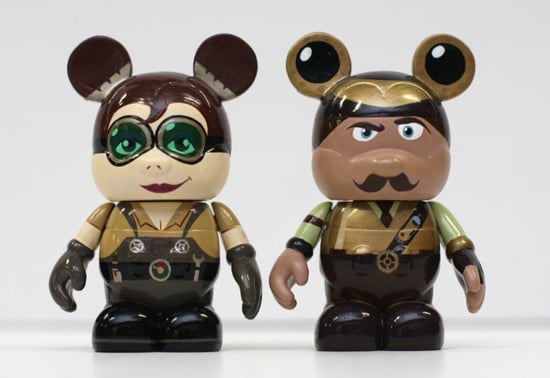 A few months ago I wrote an article for the Disney Parks Blog about a Steampunk-inspired pin collection called “The Mechanical Kingdom.” The response was overwhelming! Disney Cast Members from various divisions of the Walt Disney Company sent me messages sharing their love for all things Steampunk. To those fellow Cast Members and to Steampunk fans in general, I have something exciting to share with you today – a look at some upcoming Steampunk inspired merchandise. 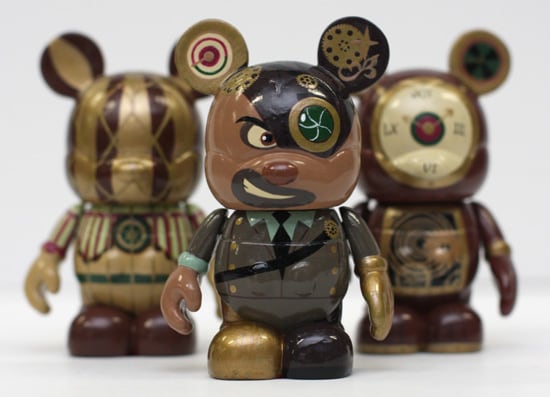 The above images feature figures from the upcoming limited edition Vinylmation Steampunk set created by Disney Design Group Artist Mike Sullivan. This set will contain six figures and will be released in early 2011. You may notice that the figures I photographed are actually hand-painted samples. For some of the more detailed figures, we receive hand-painted samples that are used to verify details, colors and other elements. In other words, we use them to ensure we are creating the best figures possible.

I spoke with Mike Sullivan about designing these figures.

“I started work on the set about a year ago,” said Mike. “I wanted to tell a story with this six-figure set, similar to the story I told with the ‘Mechanical Kingdom’ pins. The packaging for this Vinylmation set will really complete the whole story. It’s exciting for me to see these figures come to life.” 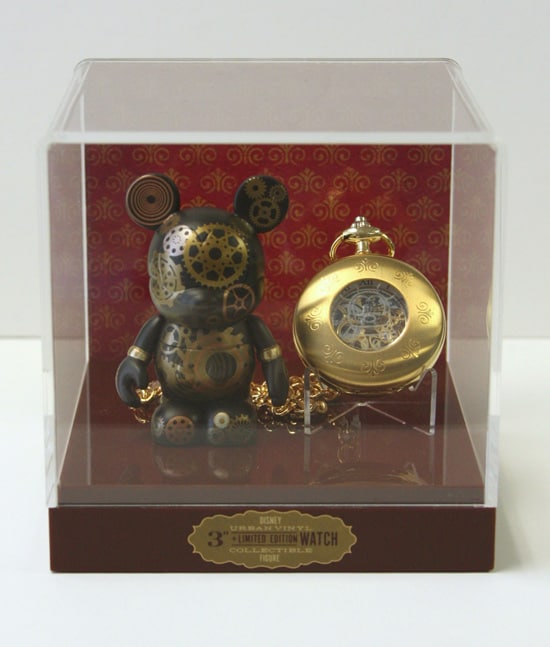 While Mike was developing the limited edition figures, he found the time (yes folks, I’ll be here all week) to create an incredible Vinylmation Steampunk pocket watch. Wow! I love pocket watches; I used to have a Mickey Mouse one in high school. This watch will be packaged with a 3-inch figure that was inspired by the watch. The watch and figure combination will have an edition size of 750 and is scheduled for release in California and Florida in December 2010. Put that on my “Wants” list!

Mike provided me with one last concept drawing for a pin set that will be released at the Sci-Fi Academy event at Disneyland Resort in Summer 2011. Do I see a Steampunk Tiki from Adventureland?! Okay, make that two things for my “Wants” list.