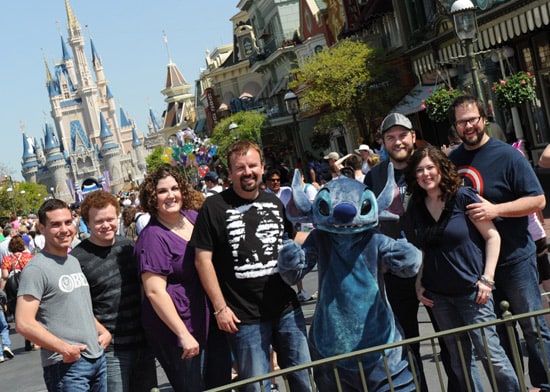 The Crowns, who formed in the Daytona Beach area, have amassed nearly 5.1 million career album sales, a GRAMMY Award, an American Music Award and 23 Dove Awards in just six years of public life as a band. Their fourth album, Until The Whole World Hears, sold 167,000 copies first-week setting a sales record as the highest debuting Christian Music artist in SoundScan history; and Aug. 31 will see the release of a live CD/DVD of their “Until The Whole World Hears” tour.

In addition to their huge success as a band, the members of Casting Crowns are also active in their churches, some even – like lead vocalist Mark Hall – are full-time ministers in the suburbs of Southern Atlanta. Most weeks see Hall and team spend Sunday through Wednesday working in their churches – then, get on a bus Wednesday night and drive through the night to their first concert. With concerts usually Thursday through Saturday nights, they then drive back home, sleeping on the bus to be ready in time for Sunday morning service – and start the process all over again.

The band spent some of their almost non-existent free time at Walt Disney World this spring, meeting Stitch and riding the World Famous Jungle Cruise.

In addition to 2010 Christian music Artist of the Year Casting Crowns, past Christian music “Artists of the Year” Third Day, mercyme and Chris Tomlin head a star-powered 16-act lineup set for Disney’s Night of Joy 2010 Sept. 10-11 when the long-running Christian music event makes its return to Magic Kingdom.