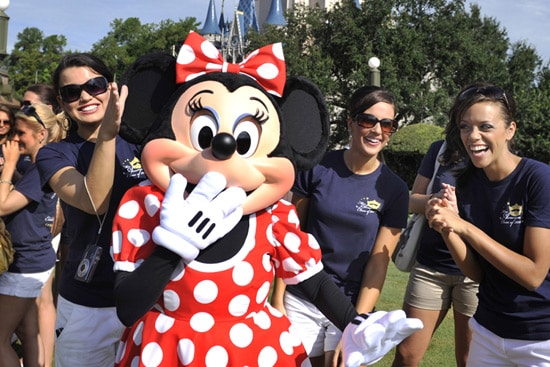 Sharing a laugh with Minnie Mouse is a great way to end a week and begin a weekend, as contestants in the upcoming 2011 Miss America Pageant discovered during a visit to Magic Kingdom Park today. Miss Alabama 2010 Ashley Davis, of Dothan, Ala.; Miss Virginia 2010 Caitlin Uze, of Arlington, Va.; and Miss Iowa 2010 Pauli Mayfield, of Davenport, Iowa (pictured above) joined the rest of the contestants at Walt Disney World Resort on Friday. Here’s a quick video of some of the fun:

Here are a few more images from today’s visit.