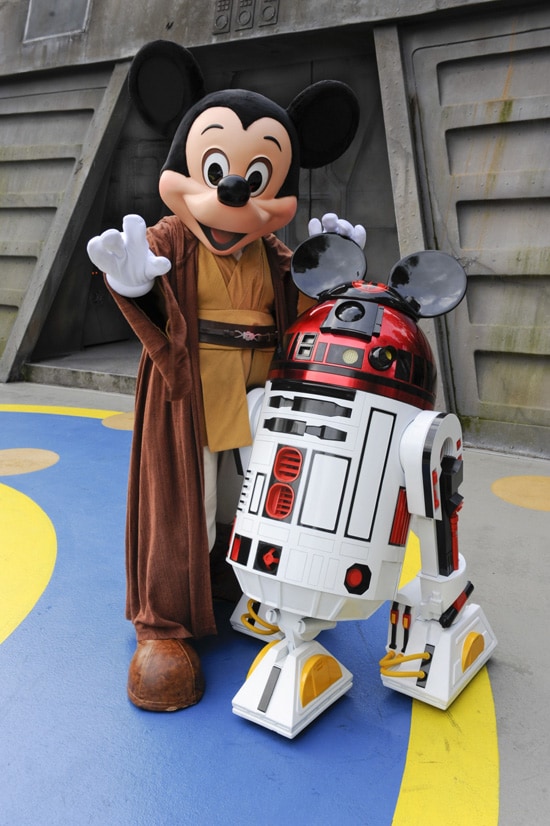 Star Tours, an attraction at both Disneyland park and Disney’s Hollywood Studios that takes guests into the Star Wars universe, is undergoing an exciting reimagining.

New Star Tours Video Makes Us Ask: Where Will the New Star Tours Attraction Take Us? – At the Star Wars Celebration V fan event, fans caught a first glimpse of a new video that will appear in the queue area of the reimagined Star Tours attraction next year.

‘What’s Next’ at the Disneyland Resort – The new Star Tours 3-D attraction will bridge that “long time ago” between the two Star Wars trilogies.

The closing of Star Tours was commemorated at Disney’s Hollywood Studios during the Last Tour to Endor Party.

The Last Tour to Endor Party was held as part of Star Wars Celebration V, one of the largest gatherings of Star Wars fans.

But for the ultimate Star Wars and Disney event, look no further than Star Wars Weekends.

Building a Disney Star Wars Weekends Ad – Each year, our Yellow Shoes Creative Group creates a series of unique Star Wars Weekends ads featuring characters in settings like they’ve never been seen before – and this year was no exception.