What is your favorite animal? I think that is a question that everyone has been asked at least once in their life. With that question in mind, we created a new Vinylmation series called “The Animal Kingdom.” The series will be released on August 27 at Disney’s Animal Kingdom Theme Park. I spoke with Dan Howard, the Disney Design Group artist behind this series, about its evolution.

“This series has been in development for a very long time,” explained Dan. “I started work on it in August 2008, long before Vinylmation was first introduced to Guests. The idea was to sprinkle a couple of animals through each collection. It was Randy Noble who suggested this be an entire series.” The first animals Dan designed were the zebra and the tiger. The giraffe came much later. In the early days of Vinylmation, accessories were discussed but never implemented. It wasn’t until the emu’s neck accessory from the Have a Laugh series that accessories began to be added to figures.

The series also started as a limited release mystery series. The giraffe would have been the mystery chaser. We changed the series to an open window box to allow Guests to select their favorite animals.

I asked Dan if he had a favorite figure.

“I’d have to say the tiger is my favorite,” continued Dan. “When designing this series, I wanted to push the boundaries of design and feature some really cool graphics. I also like the lion as my son is a fan of ‘The Lion King.’” 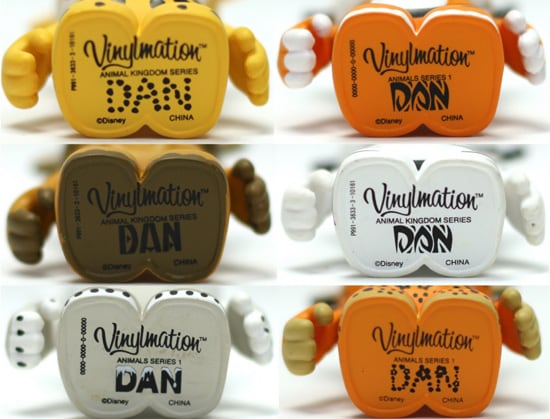 In this series, you may notice that the bottom of each figure has a unique signature from Dan. We also added a description for the series – Animals Series 1. This description will be something new added to future Vinylmation figures which will help Guests and Cast Members identify the various figures.

“I created unique signatures for each of the animals,” said Dan. “I don’t take myself too seriously. I’m having fun with design, and I wanted to make the signatures a fun little detail for Guests to discover. When I sign figures in person, I typically sign ‘Dan,’ so it made sense to continue that trend on these figures.”

Dan also added a feature that Guests have come to love at Disney Parks – Hidden Mickeys. Look carefully on each figure and you will see them like the photo below. 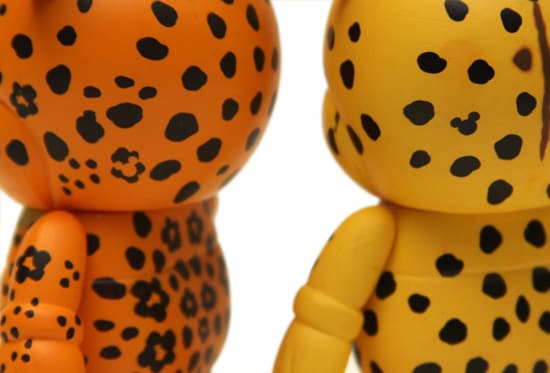 I think my favorite figure is the polar bear. It is the mascot of my university, and I like a certain television show about an island. Now I will ask you that popular question: What is your favorite animal?