A Train’s Life 2: The Disneyland Railroad

I hope you enjoyed the daytime photos of Disneyland Railroad from my last post.

This next photo was captured by using a technique called “panning.” I hand held the camera set at a slow shutter speed while moving (panning) it with the speed of the train. I like this technique because it makes the subject stand out by blurring the background. 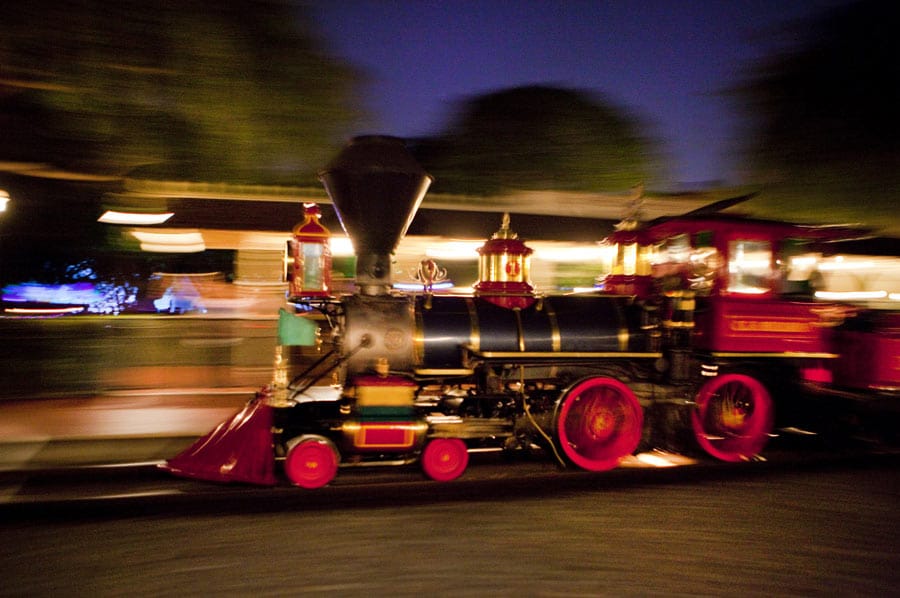 When I was scouting for this shot during the day, I liked the angle but decided that a photo at night would be much more interesting. 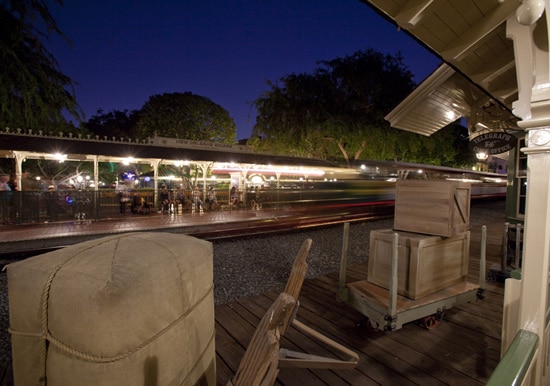 I really liked this photo when I first saw it, but what really made me want to share it was that Engineer Gary stood still for a full 4 seconds while I took the photo and the train’s headlight is lighting the tunnel so it gives this a picture a huge depth of field. 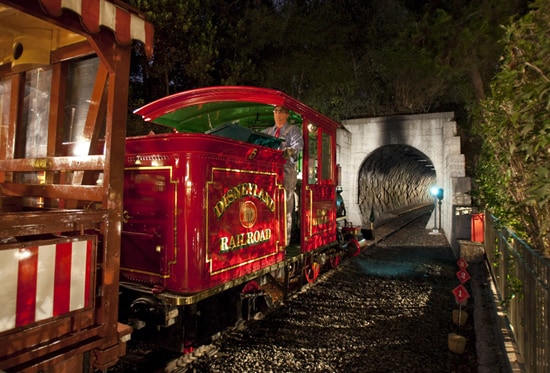 The main reason I wanted to photograph the trains at night was to get this next photo. I have photographed the trains at Main Street Station many times but always during the day. I just knew that a photo at night from this angle would make a very cool photo. What do you think?