A Train’s Life: the Disneyland Railroad

A few weeks ago, I had the opportunity to photograph the steam trains of the Disneyland Railroad. This post includes photos from the morning into the late afternoon. Be sure to look for my next post to see the night photos. This early morning photo was taken at the roundhouse while the engine was warming up before starting its day in the park. 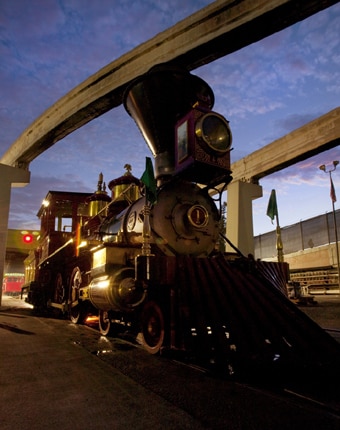 For this next photo, the engineer stopped the train next to the Mickey Mouse Water tower in Toontown Depot and released some steam, which usually makes for a fun picture. 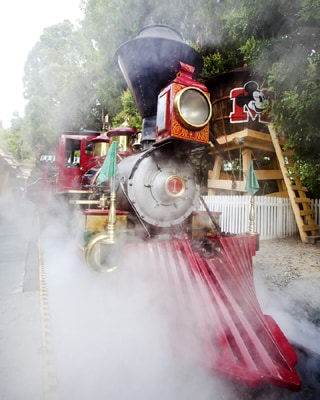 I love the “toon-looking” luggage at the Toontown Depot, but thought a photo needed a little something more. I used a slow shutter speed to make it look like the train is speeding through the station. A train leaving without luggage could only happen in Mickey’s Toontown! 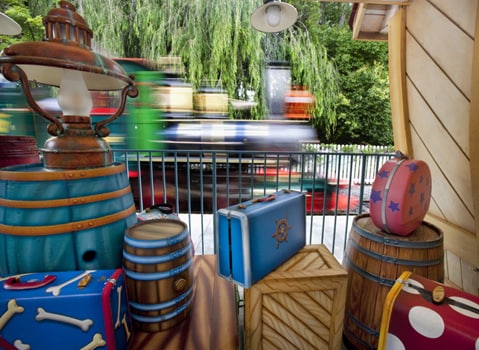 Seeing the afternoon sun coming though the trees in Critter Country is really a great sight, and I wanted to incorporate a train in that setting. I took this photo from the Hungry Bear Restaurant.

What’s your favorite part of riding the Disneyland Railroad?