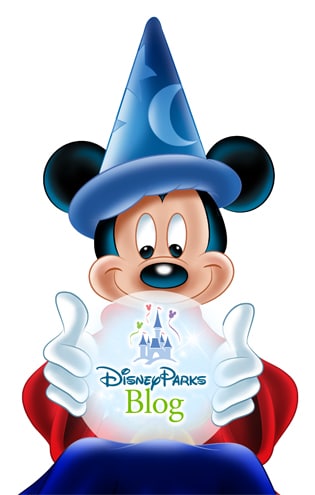 Really, a year? It’s hard to believe it’s already been 12 months since we hopped into the blogosphere with this Don “Ducky” Williams Sorcerer Mickey image and a few promises – to listen to what you had to say about all things Disney Parks and to share our fun, relevant and sometimes quirky information and expertise one story at a time. From day one, you’ve offered great feedback and support. And your comments and questions have made us think and grow.

A favorite recurring question during the year (that we thought would be fun for today) has been, “Would Walt Disney have blogged?” We’ve heard the stories of Walt engaging with families in the park but would he have gone digital? Chief Disney Archivist Dave Smith guesses Walt may have been a bit too busy to seriously engage in blogging. He told us, “I have a personal experience from when I was a teenager – I saw Walt walking in the park in about 1956, and I asked him for his autograph. He politely declined, saying that when he started signing autographs, he got this huge crowd around him and he was unable to get his work done. He did tell me to write him at the Studio, which I did, and he did send me his autograph.”

What say you, Disney experts? Today, we’re in the parks asking, “Would Walt Disney have blogged?”

Let us know if you think Walt Disney would’ve blogged in the comments below or what you would have asked him. And before beginning a second year of posts, we’d like to say thank you for a fantastic first year on The Disney Parks Blog. We have plenty of surprises planned on our journey forward. Stay tuned.