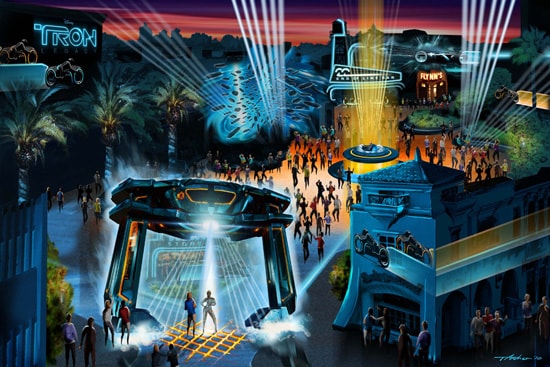 How about that for a party? It’s a first look at ElecTRONica coming to Disney California Adventure Park in October. The new party will be set amidst the world of “TRON: Legacy!” and offer an opportunity to peek inside the world of the movie. If you’re curious, take a look at the original post.

And at Walt Disney World this week, we told you about an exclusive composition Walt Disney Imagineering added to the Space Mountain attraction at Magic Kingdom Park. Haven’t heard it yet? Here’s a brief clip:

There’s also a special message from The Space Mountain Project Team you’ll want to check out if you missed it. And now, other stories we worked on this week.

Where at Disney Parks Can You Find… – This week’s puzzler required a keen eye to identify: a face that watches over guests as they begin a journey into the past at one of our parks.