I love fall. It is one of my favorite seasons. The fall signifies I’m another year older, but more importantly it is the start of college football season. I was born and raised in Columbus, Ohio, so growing up the fall was always filled with tradition. For the past several years, we have released a series of pins celebrating these football traditions called “Rivalry Weekends.” Gosh, there are some classic rivalries! 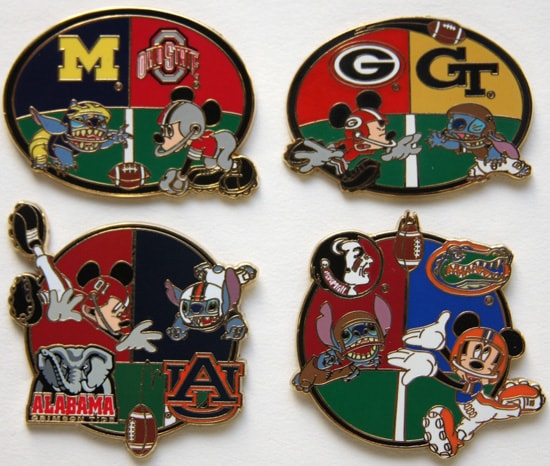 The Rivalry Weekends collection was first introduced 2007 by John Smith, former Product Developer for limited edition pins (funny thing is he now develops sports product for Disney). The first set of pins saw four classic rivalries. We then took a year off (still not sure why) and then introduced another set in 2009. The theme last year was “Game On” (which was a popular phrase often uttered by John). 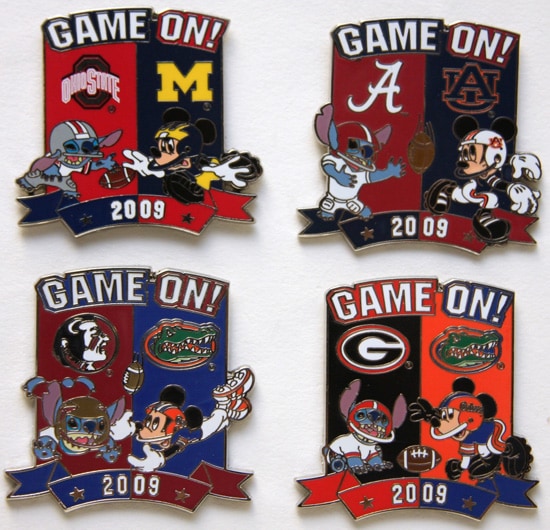 This brings us to this year and the 2010 collection titled, “Game Time.” The collection will again include four classic match ups. The pins are limited release which means they don’t have a finite production number. You may also notice that the pins are focused on teams from the east coast of the United States (mostly because they will be released in Florida).

I’m often asked why we don’t feature more teams. Believe it or not, there is a finite production budget each month for pins. We base many decisions about development on historic sales record, yet we like to try new things. This year we introduced a new rivalry – University of Alabama vs. University of Tennessee. All of this brings me to one final question: which is the greatest college football rivalry today? I think you already know my answer. Look for these pins to be released on October 7, 2010, at Walt Disney World.