Disney’s Art of Animation Resort Scheduled to Open in 2012

If you cheered when we unveiled plans to open Disney’s Art of Animation Resort at Walt Disney World – then take a look at this. It’s a new artist rendering showing the one-of-a-kind resort with a few faces you should certainly recognize. The image is part of a new web page that we’ve just launched on the WaltDisneyWorld.com site. 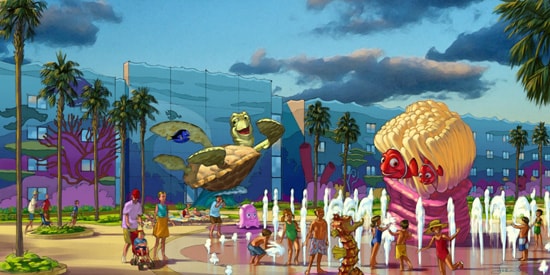 On the page there are some details you may not have seen yet and more will be coming. Booking dates haven’t been announced but the resort is still scheduled to open Summer of 2012. Let us know if this resort has your attention.