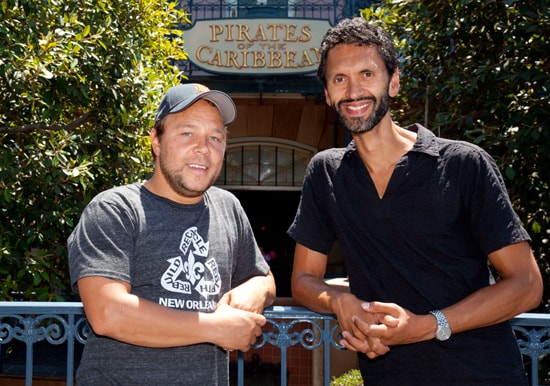 The film may not open until next May, but during a break from filming recently, new ‘Pirates’ cast members Stephen Graham and Paul Bazely made a special trip to where it all began when they rode the original Disney attraction that inspired the hit film franchise, Pirates of the Caribbean.

I really like that both actors made time for the ultimate ‘Pirates’ character study.

Stephen and Paul will join the international all-star cast led by Johnny Depp in his iconic role of Captain Jack Sparrow in this action-packed tale of truth, betrayal, youth and demise.

After a four-year absence, it will be great to see Pirates on the big screen again – this time in Disney Digital 3D!