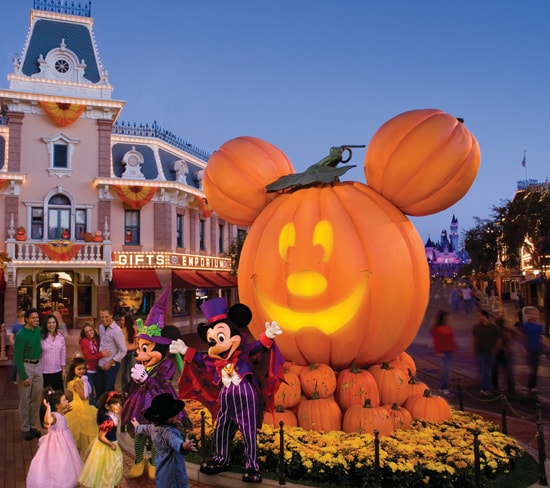 As you’ve probably seen here on Disney Parks Blog, we’re gearing up for Halloween at Disney Parks. From Halloween Time at Disneyland Resort to Mickey’s Not-So-Scary Halloween Party at Walt Disney World, there will be spooks and sweets all around. Here’s a look back at last year’s Halloween celebrations and a peek at what’s coming this year. Be sure to keep an eye on the blog in the next few weeks as we show you even more of the fun in store this Halloween.

Here’s a look back at Halloween 2009 at Disneyland Resort.

Halloween Screams Debuts at Disneyland – Also making its debut was “Halloween Screams” – an all-new fireworks spooktacular that haunted the nighttime sky throughout the Halloween season.

Tips to Maximize Fun at Mickey’s-Trick-or-Treat Party – Mickey may have moved his party to Disneyland park, but here are some tips that are still very useful: arrive early and start hunting treats in the back of the park first.

Disney Tips For Designing Your Jack-O-Lantern – If you’re looking for ideas on how to design your Halloween jack-o-lantern, find some inspiration from the ones found on Main Street U.S.A. at Magic Kingdom park.

Halloween Costumes At Disney’s Magic Kingdom Park – Taking a cue from Mickey and Minnie, our Guests got in on the costume fun as well. Here is a look at some of the unique costumes that caught our attention.

So what do we have in store for this year? Here’s what has been announced so far.