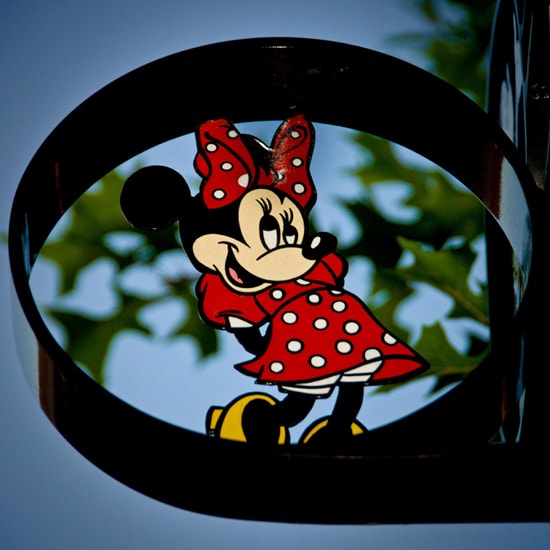 It’s Monday and time again for our weekly puzzler. Of course, Minnie Mouse is a familiar sight at Disney Parks but you need a good eye to spot her on this sign that pays homage to Disney history. Do you know where to find it? (answer after the jump). 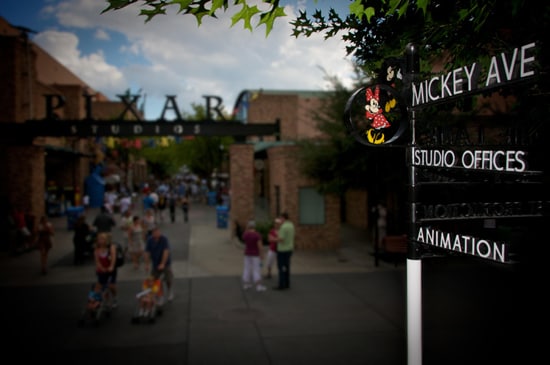 Placed between One Man’s Dream, a tribute to Walt Disney, and Pixar Place, the newest area at Disney’s Hollywood Studios, this sign marks the intersection of Mickey Avenue and Minnie Lane. It was inspired by a directional sign at Walt Disney Studios in Burbank.

In discussing Walt Disney Studio, longtime Disney archivist Dave Smith notes in Disney A-to-Z, “The most famous landmark is a signpost at the corner of Mickey Avenue and Dopey Drive. It was placed there for the Studio Tour segment of The Reluctant Dragon in 1941 and never removed.”

Dave told us that the street sign at the corner of Mickey Avenue and Dopey Drive is the only street sign at the Studio, and Minnie Lane is unique to Disney’s Hollywood Studios. The unlabeled streets at the Walt Disney Studio backlot are: Minnie Avenue, Donald Avenue, Snow White Blvd. and E Street.

So, how’d you do this week?