There are 33 couples tying the knot Sunday at the Walt Disney World Resort, Disneyland Resort, aboard the Disney Cruise Line and at Hong Kong Disneyland. Repeating number dates have always been popular for weddings, but this is the first double-digit date to appear in our time. 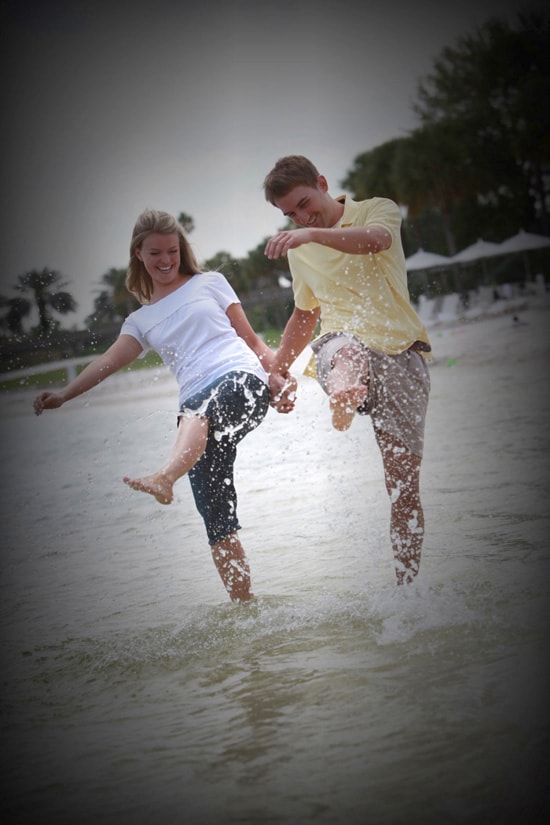 I wanted to share one couple’s engagement story with you. Meet Ashley and Alex, Disney enthusiasts that got engaged before running over 13 miles! 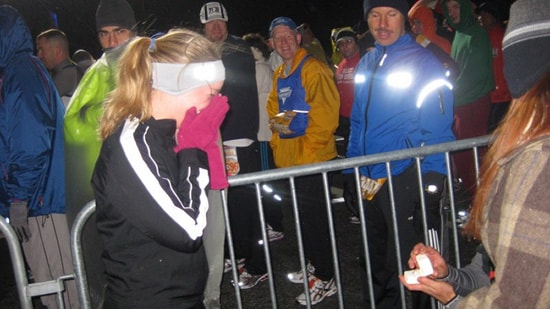 Ashley and Alex trained all summer to participate in the Walt Disney World Half Marathon. The morning of the race, they were approached by a Cast Member who informed them they had been selected to participate in Disney Couple’s Trivia. The Cast Member offered them a ride to the starting line as she briefed them on the rules of the game. When they reached the starting line, the cameraman turned his lens to Ashley as Alex proposed in front of 20,000 runners!

The couple is back at the Walt Disney World Resort today, this time surrounded by family and friends, celebrating their union in an intimate ceremony at Epcot.

I wish Ashley and Alex, along with all of the couples tying the knot on 10-10-10, much joy and happiness as they step into their very own happily-ever-after. Be sure to keep up with us on Facebook and Twitter for more stories from our 10-10-10 weddings!