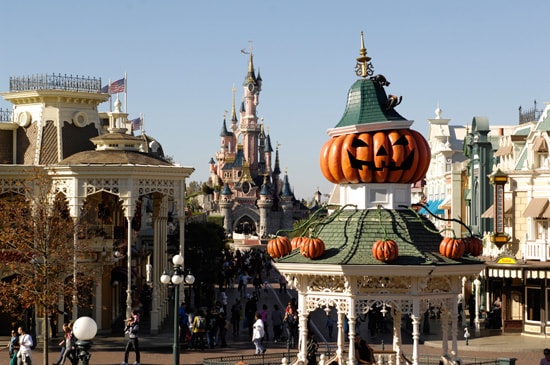 Around here, we look forward to hearing from our friends in Hong Kong, Paris and Tokyo. And we thought you would too from time to time. So, we’re launching a new blog series featuring sights you won’t see at the Disneyland Resort or Walt Disney World Resort. Today, it’s Disneyland Paris. 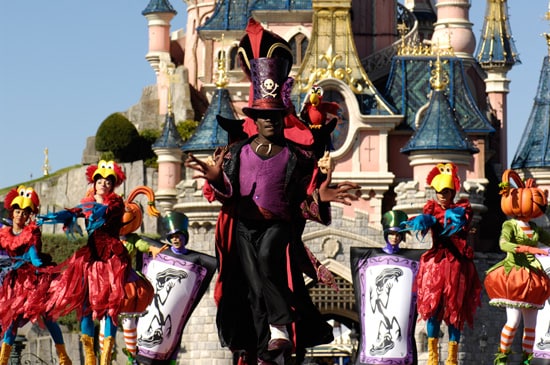 This year, they’ve created a “Halloweenmosphere” at Disneyland Paris during the New Generation Festival. The parks have been transformed and Frontierland in the Disneyland park has become Halloweenland with festive décor and a host of eerie events. Guests can meet Disney Villain, Dr. Facilier, and Pumpkin People storm the park to create unique Disney style orange mischief.

Several times throughout the day during the Halloween season, the central stage in the Disneyland park features a Halloween spectacular with Minnie Mouse. Let us know what you think. And stay tuned – our next post in this series will feature images from Tokyo Disneyland.