I love walking around the Magic Kingdom each Halloween season, especially during Mickey’s Not-So-Scary Halloween Party. This year, as my kids broke the sound barrier making a beeline from trick-or-treat station to trick-or-treat station, a few things caught my eye and I couldn’t help but slow down and snap off a quick shot or two. 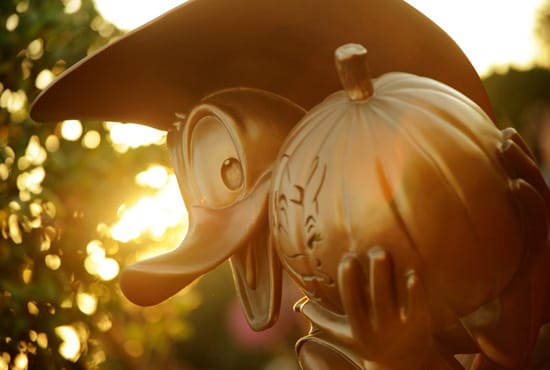 Of all the Halloween character statues that decorate the planters in the “Hub” in front of Cinderella Castle, Donald’s really jumped out at me. The last sunlight on that gorgeous evening was just about to disappear behind the trees and I got off one last shot before the park began its transformation to nighttime spook-tacular. 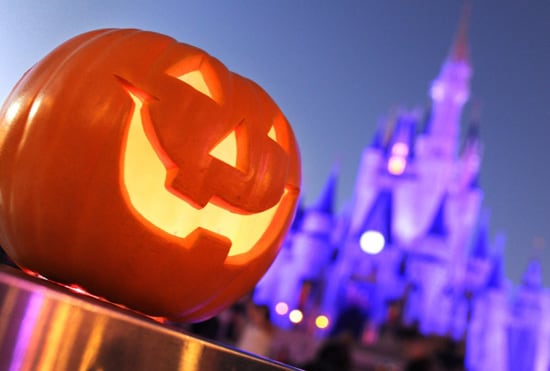 Later, as I waited in front of the castle for Mickey’s “Boo-to-You” Halloween Parade, I noticed a jack-o-lantern perched atop one of the food carts selling Mickey Bars and other frozen treats. I had a LOT more time to make this photo because it was a warm night and business was good. That pumpkin must have stayed put for the better part of 15 minutes.

Our family had a wonderful night. My four-year-old rode Haunted Mansion for the first time and declared it officially “awesome.” Everybody went on all the rides they wanted, watched fireworks and the parade, and ingested enough candy to render me utterly speechless.

They’ve already made me swear to take them again next year.