Behind-the-Scenes Video: How We Created the Giant Pumpkins at the Entrance to Disneyland Park and on Main Street, U.S.A. 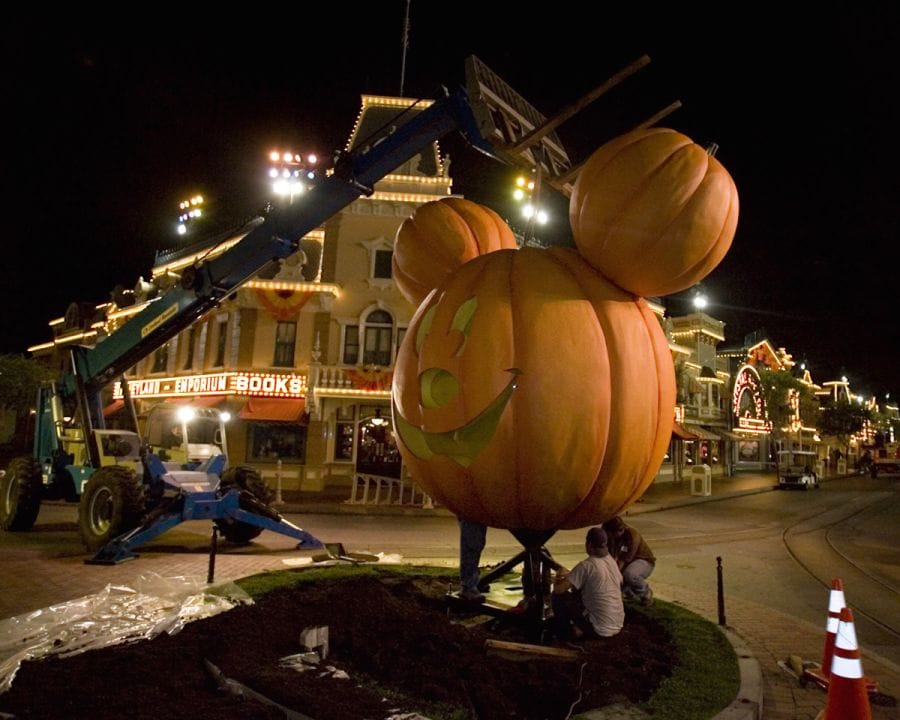 Have you ever looked at the giant pumpkins that tower above the gates of Disneyland park and wondered as you passed through the turnstiles: “How did they do that?” Or, have you ever taken a picture with the smiling, Mickey-shaped jack o’ lantern on Main Steet, U.S.A., and asked, “How did that get here?”

While the coy response would be, “It’s magic,” it’s sometimes even more magical to see how we make this magic happen.

Take a look at this footage, originally shot in 2006, that gives a behind-the-scenes look at how the giant pumpkins were carved, sanded, finished, painted and installed with cranes for the first Halloween blowout celebration at Disneyland park.

Check back on the Blog tomorrow for another behind-the-scenes video about pumpkins around the Resort.

Likes (0)
Share Behind-the-Scenes Video: How We Created the Giant Pumpkins at the Entrance to Disneyland Park and on Main Street, U.S.A.

Destinations: Behind-the-Scenes Video: How We Created the Giant Pumpkins at the Entrance to Disneyland Park and on Main Street, U.S.A.