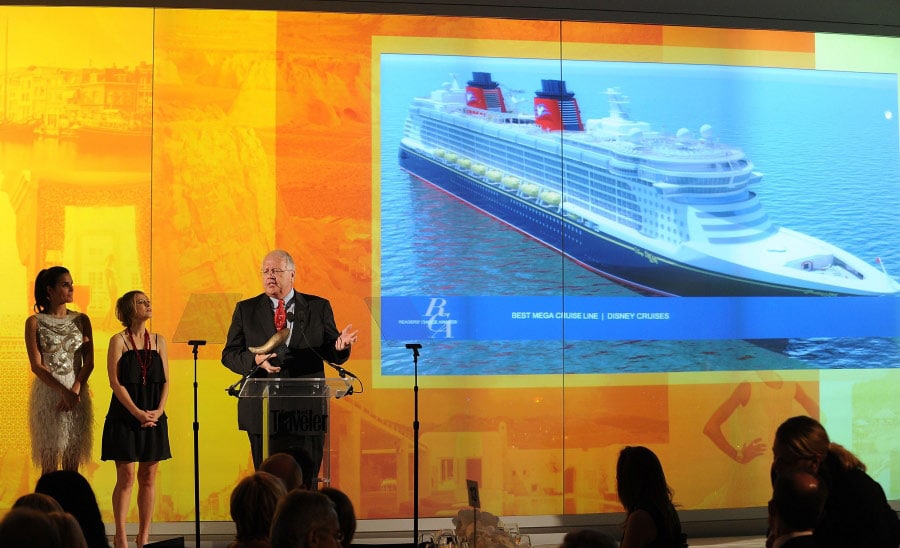 While Disney Cruise Line has received over 50 different awards since the company’s beginning in 1998, this award marks a first when it comes to recognition of this caliber. The award is part of the magazine’s annual readers’ survey that recognizes the best in travel for resorts, destinations, airlines, cruise lines and car rental agencies. Disney was honored in the Mega-Ship category.

As Karl commented during his acceptance remarks for the Condé Nast Traveler award last night, this recognition is a testament to the cast and crew members who make the magic happen for our guests, “We build spectacular ships, explore exotic destinations and deliver entertainment that is uniquely Disney, but what our guests remember most is the personal touch that only our crew members can deliver.”

To that, I echo Karl’s remarks and offer congrats to my colleagues both ashore and aboard for achieving this incredible honor!