With all the excitement about the arrival of our new Disney Dream cruise ship in January, we don’t want to overlook another huge milestone for Disney Cruise Line…the arrival of the brand-new Disney Fantasy ship in 2012!

The Disney Fantasy will sail her maiden voyage on April 7, 2012, bringing even more innovation, unique guest experiences and personalized service to guests. A sister ship to the Disney Dream, the Disney Fantasy will feature an AquaDuck water coaster, magical children’s areas, world-class entertainment, delightful dining, retreats for adults and immersive experiences for guests of all ages with beloved Disney stories and characters.

The Disney Fantasy will sail out of Port Canaveral, Fla., on the popular seven-night Caribbean itineraries – alternating eastern and western – including a stop at Disney’s private island in the Bahamas, Castaway Cay.

The Disney Dream will continue to sail three-, four- and five-night cruises to the Bahamas and Disney’s private island, Castaway Cay, while the Disney Wonder will remain on the west coast, sailing Mexican Riviera itineraries from the Port of Los Angeles. To start the 2012 season, the Disney Magic will sail alternating eastern and western Caribbean itineraries.

Guests will be able to book sailings, including the Disney Fantasy, for the initial part of the 2012 season beginning Oct. 20, 2010. Disney Cruise Line Gold and Platinum Castaway Club members can begin booking 2012 itineraries on Oct. 19, 2010. 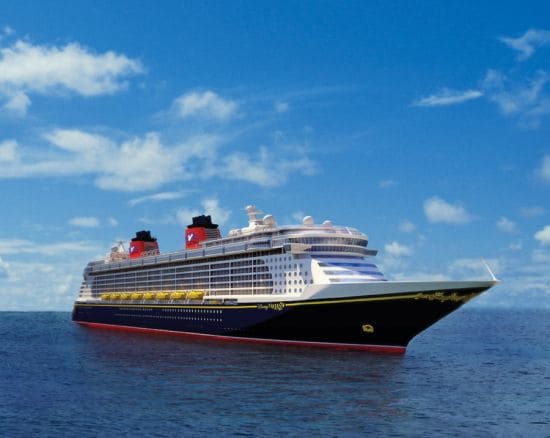