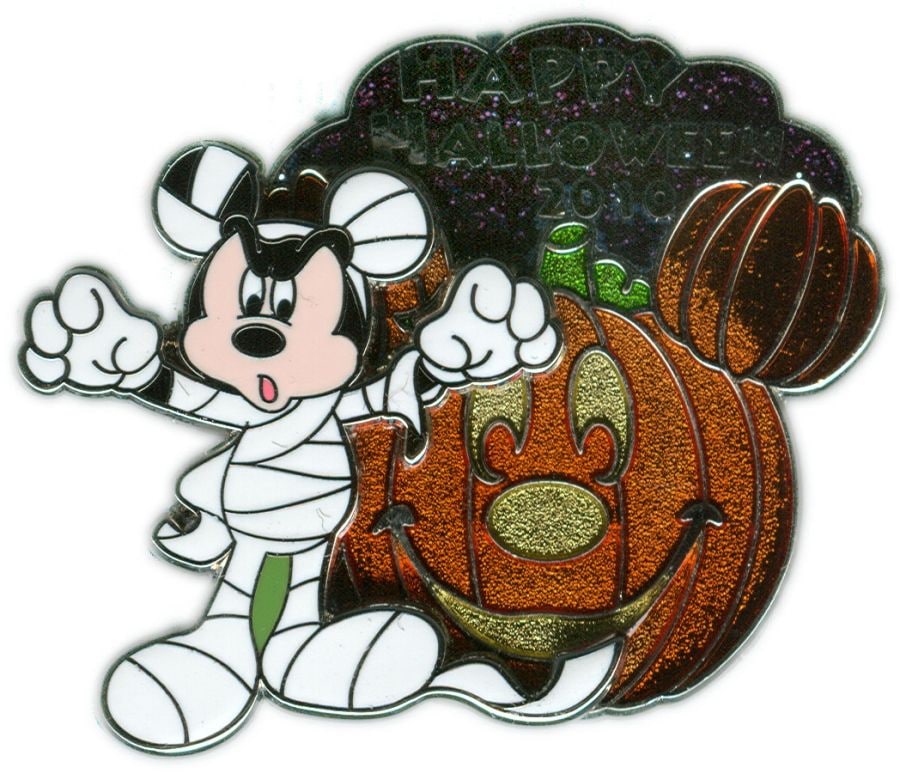 I’ve mentioned before how much I like Halloween. Okay, I’ll admit – it’s the candy (who’s with me?). It’s my second favorite holiday, after my birthday, which has presents (I’m seeing a theme here). With that spirit of giving in mind, I dug into the Disney Pin Vault to take a look back at some of my favorite Halloween pins. Over the years, we’ve released a variety of limited edition pins celebrating this holiday. One of my favorites is the Chip and Dale pin that was released on October 31, 2003. It features the mischievous chipmunks dressed as astronauts (I love the 1950s rocket in the background). This pin was part of a “Trick or Treat” collection where different pins were released at different locations at Walt Disney World. I also like the Disney Cruise Line pin from 2004. Donald’s nephews remind me of the classic cartoon short, “Trick or Treat” from 1952. As a child, I recall watching that short on a slide projector in my basement (who uses those things anymore?). 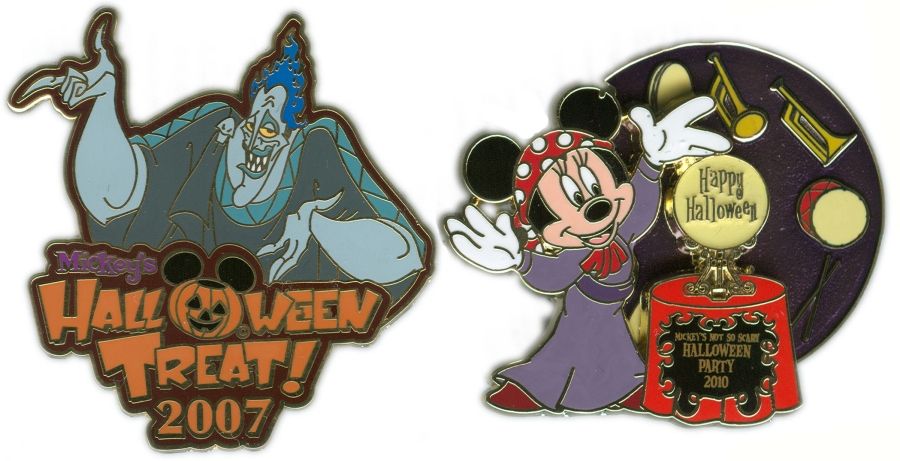 Each year, we create pins for the special Halloween events at Disney Theme Parks. I chose the Hades pin from Mickey’s Halloween Treat in 2007 (now known as Mickey’s Halloween Party) as a favorite. Why? Because Hades rules! New this year to Mickey’s Not-So-Scary Halloween Party at Magic Kingdom in Florida is a limited edition pin (above right) that will only be released on October 31 (a popular night from what I have heard). This pin was created based on guest feedback from previous years. We thought this retail pin was a great way to offer something unique for those attending the Halloween night party. Cool part – it glows in the dark (all together, “Oooo!”). Julie Young, our long-time developer for open edition pins, helped me with the final selections. I chose the candy corn with mouse ears. I love simple designs, and this one screams (ha) Halloween. Julie chose a new open edition pin featuring Tinker Bell. She really liked her festive dress (something not often seen on Ms. Bell). Julie also raved about a new lanyard that features sublimated printing. The image used on this lanyard was from a Halloween style guide that was created for usage at Disney Parks around the world (something of a first for us). A style guide gives reference material, character designs, backgrounds and more that are used to achieve a consistent look in all the merchandise created. If you aren’t the dressing-up type or you are looking for a simple costume, this lanyard should work for you.

The only other pin not represented is a chocolate one that I could devour. Wouldn’t that be yummy? Sadly, we haven’t created a pin like that yet (but feel free to send any chocolate my way). Do you have a favorite Halloween pin in your collection? Please share, and Happy Trick or Trading…er, Treating.