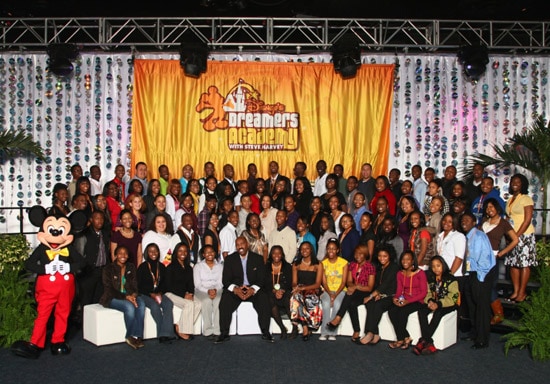 For the fourth year in a row, Walt Disney World will host Disney’s Dreamers Academy with Steve Harvey; and this year we’re very excited about the addition of Essence Magazine to the event and the name.

Disney’s Dreamers Academy with Steve Harvey and Essence Magazine is a three-day event at Walt Disney World that plays host to 100 high school students from around the country. The students participate in interactive workshops and seminars, mentoring and inspiration focusing on careers and life enrichment (all sprinkled with Disney fun). The 2011 Academy will feature celebrity panels, sessions with Disney experts and practical training in subjects such as college preparation and creating the right image for potential employers.

The program is designed with three overall goals:

October is the last month for nominations, with nomination forms having to be in by Oct. 31, 2010. Anyone can nominate someone they think is deserving of the program and students can even nominate themselves. Information about procedures and the nomination forms can be found at www.DisneysDreamersAcademy.com. The 100 high school students selected will travel to Walt Disney World Resort, near Orlando in central Florida, for Disney’s Dreamers Academy March 3-6, 2011.