This Day in History: Disneyland Hotel Opens in 1955 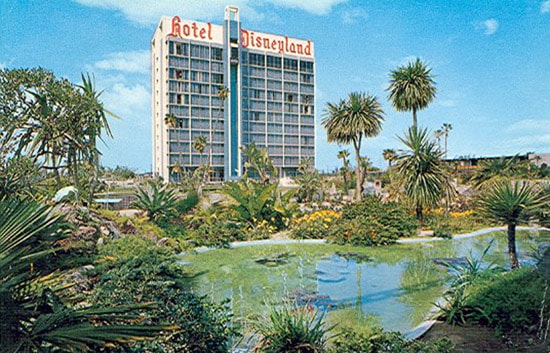 Fifty-five years ago today the landmark Disneyland Hotel opened as the first major hotel in Orange County. When the hotel officially opened on Oct. 5, 1955, nearly three months after the opening day of Disneyland park, 104 rooms were available. The photo above was taken after 1966 when a new sign was added that read, “Hotel Disneyland.”

Today, the hotel boasts 969 rooms and signature suites including the new Big Thunder Suite and Fairy Tale Suite. We’ve shared a lot of information here on the Disney Parks Blog about the renovations at the Disneyland Hotel, including a large expansion that features renovated rooms and a new courtyard and pool area.

To celebrate 55 years of magical stays, we thought you might be interested in reading a few more fun facts about the hotel:

Join me in wishing the Disneyland Hotel a very happy 55th anniversary!

Likes (0)
Share This Day in History: Disneyland Hotel Opens in 1955

Destinations: This Day in History: Disneyland Hotel Opens in 1955