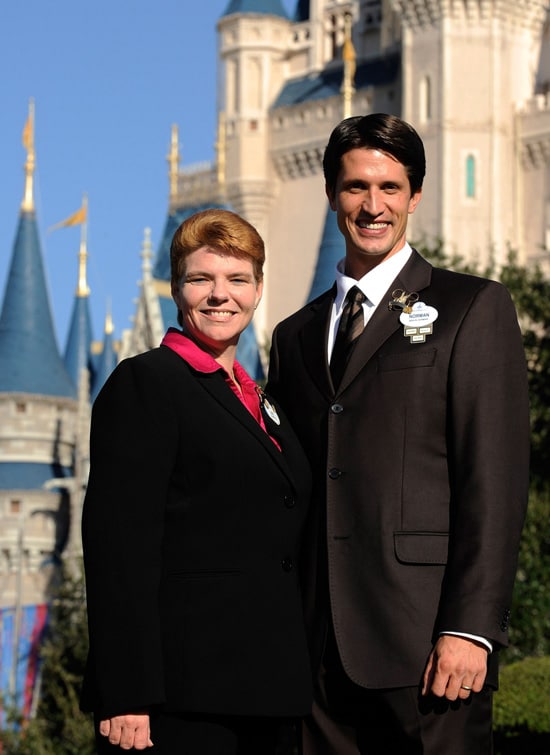 As part of the 2011-2012 Ambassador team, Norman and Jennifer will represent Walt Disney World Resort’s approximately 58,000 Cast Members as they share the magic of Disney throughout the community and the world. Their responsibilities will include making hospital visits and appearances with Disney characters, participating in community outreach events and recognizing Cast Members’ milestones and special achievements.

The new Ambassadors bring some unique talents to the team. Norman currently is a Jedi Master at the Jedi Training Academy at Disney’s Hollywood Studios. Jennifer currently oversees the Magic Kingdom Custodial team.

Following a two-month training, the 2011-2012 Walt Disney World Ambassadors will start the new year with a full schedule and can expect to participate in more than 3,500 events during their two-year term.

The great honor of being selected as a Disney Ambassador began during the 10th anniversary of Disneyland, when Walt Disney himself was overwhelmed with requests for appearances and media interviews. As a result, he selected the very first Ambassador in 1964 and the tradition has continued ever since.