What is it About Those Corn Dogs?

“You gotta’ try a Disneyland corn dog,” foodie pals insisted. So I did. And when I bit into the warm, crunchy, sweet cornbread coating and got a taste of the salty dog, I was hooked. 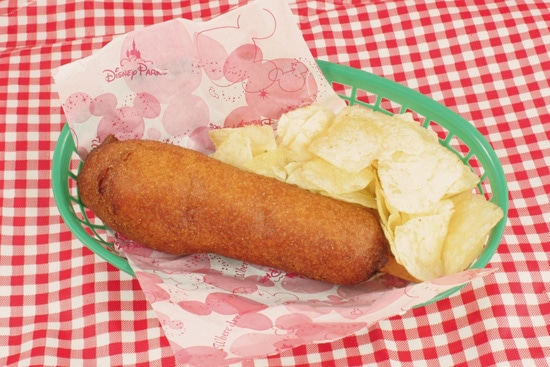 Gendreau tells us it’s the hand-dipped batter that makes all the difference – no thick, soggy stuff, just crunchy-on-the-outside-light-and-sweet-on-the-inside batter. With a glop of mustard, it’s hot dog heaven.

Don’t take my word for it. I even read that the L.A. Weekly’s Pulitzer Prize-winning restaurant critic Jonathan Gold said he never had tasted a better corn dog. Cost is $5.99 plus tax for the colossal deep-fried dog, with apple slices or a bag of chips. Worth every calorie for a grown-up taste of childhood.

Are you a Disneyland corn dog fan?

Likes (2)
Share What is it About Those Corn Dogs?

Destinations: What is it About Those Corn Dogs?