It was great to read your comments about the pilots of Star Tours on my last post. Some people really want to see Rex again in the new show. Others are excited about the introduction of the new character “Ace.” And then there are those who are speculating about a bigger role for Threepio. So, I thought it was time we set the story straight about just who will be in the cockpit in the new show. And guess what? You’re all right! 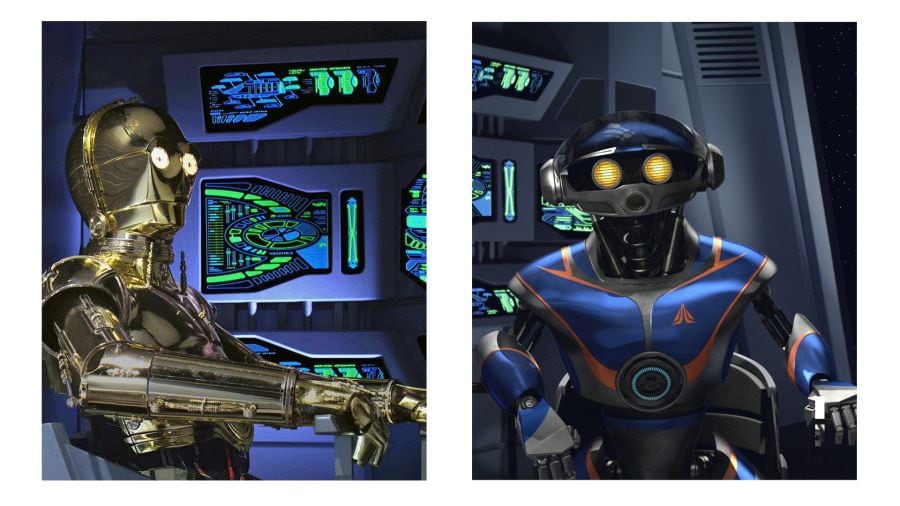 As explained earlier, all Star Tours Starspeeder 1000s are flown using the latest AC-series Tour Droids. And in fact, our initial plans were for our flight to be piloted by AC-38 better known as “Ace.” However, in discussions with George Lucas during the course of our production, we decided to take the story in a very different direction.

So…while AC-38 is supposed to be our pilot, by the time we actually take off, the droid sitting in the pilot’s seat will be none other than…C-3PO!

It’s one of the biggest changes and surprises in the new show. “Professional grit stopped me from yelling the glorious new storyline from the rooftops,” said Anthony Daniels recently. “It’s fun having secrets like this, waiting to share them at the right time.”

You’ll see just how Threepio becomes our pilot when the adventures continue next year.

This week, our Imagineering team begins installation of the Audio-Animatronics figures into the Starspeeder cabins at Disneyland park, and next month at Disney’s Hollywood Studios.

Oh, and for all you Rex fans, don’t worry – we have a spot for him in the new show!