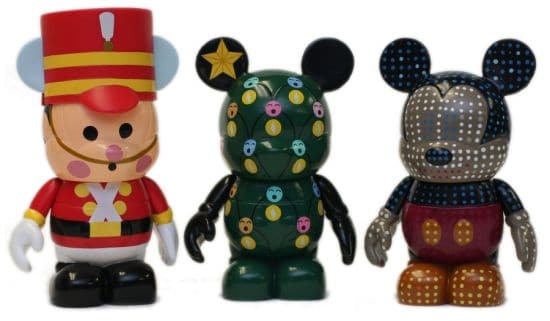 Is it already time for me to make the treacherous journey into my attic to retrieve holiday decorations? Typically, I set things the day after Thanksgiving (while everyone is out shopping). At Disney Parks, we, of course, have to set things a little earlier as there are so many places to decorate. Aren’t those decorations beautiful? One simpler way to add some cheer is with our holiday inspired Vinylmation figures (pictured above). These commemorative figures feature festive designs for celebrations like Holidays Around the World at Epcot or the Osborne Family Spectacle of Dancing Lights at Disney’s Hollywood Studios. I spoke with Thomas Scott, the lead designer for Vinylmation, about this year’s holiday collection.

“We released three figures last year which were well received by guests,” explained Thomas. “This year, we made some changes and enhancements that we think our fans will like.” 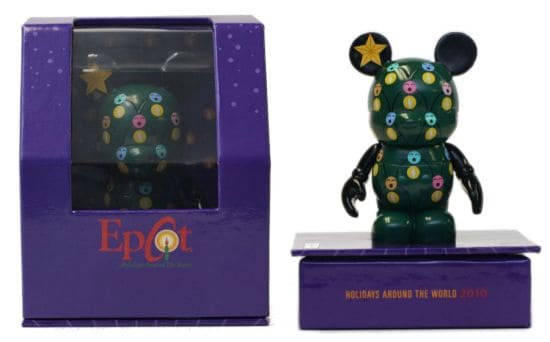 One of those enhancements is packaging. Last year, everything was presented in metal tins with figures wrapped in foil bags (why I am not sure). Thomas created new functional packaging that allows guests to display their figures.

“When I visited Epcot last year, I had a difficult time finding the holiday figure as the tin got lost among other merchandise items,” continued Thomas. “Eventually I located it and realized that there wasn’t a need for the tin. Guests already knew what was inside. So, we dropped the tin in favor of an open window box to better showcase the figure. The other change which I like is the base of the box can now be used as a stage for the figure.”

Also new this year is the removable hat on the toy soldier figure designed by Adrianne Draude. I would love to have an entire army of those toy soldiers lined up on a shelf. The Osborne Family Spectacle of Dancing Lights figure was designed by Susana Gay, and as Thomas put it, “The execution is superb.”

Thomas designed the Holidays Around the World figure that looks like a singing Christmas tree.

“The Cast Choir tree at the Candlelight Processional was one image that really stuck with me last year,” said Thomas. “It takes about a year to develop figures, so I am already thinking about next year even though the holidays aren’t over.” 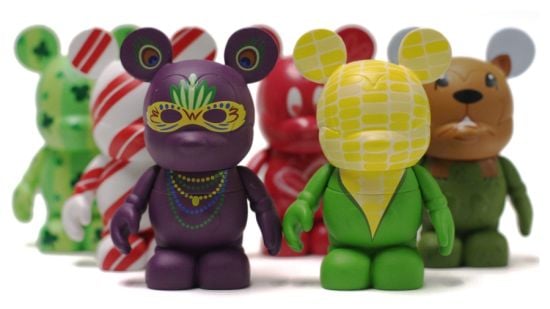 If you didn’t get enough holidays with these figures, we have Vinylmation – Holiday #2 coming in December. The Holiday #1 series was first introduced at the D23 Expo in September 2009. This year, we are introducing some new holidays and keeping some classics. I think my favorite is the corn figure designed by Monty Maldovan. Is that for National Corn Day? 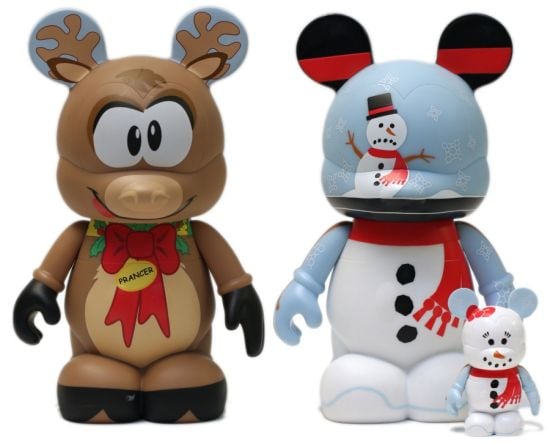 There will also be several limited edition 9-inch figures that will be released during a particular holiday season (Christmas figures during Christmas, Cupid in February, etc). The 9-inch and 3-inch set pictured above will be a Disney Parks on-line store exclusive. Keep watching http://www.Vinylmation.com for updated release dates. And, Happy Holiday-mation!