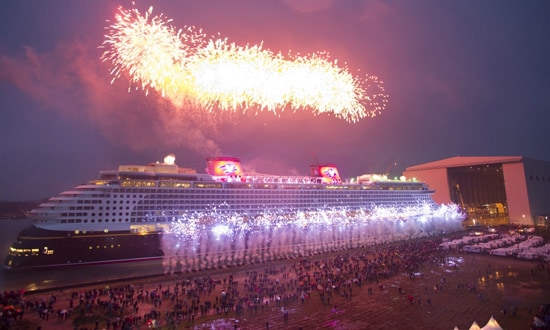 With all the grandeur of a Hollywood premiere, the Disney Dream made her first public appearance when the luxury liner emerged from a massive Meyer Werft shipyard building in Papenburg, Germany, during a gala “float out” ceremony. 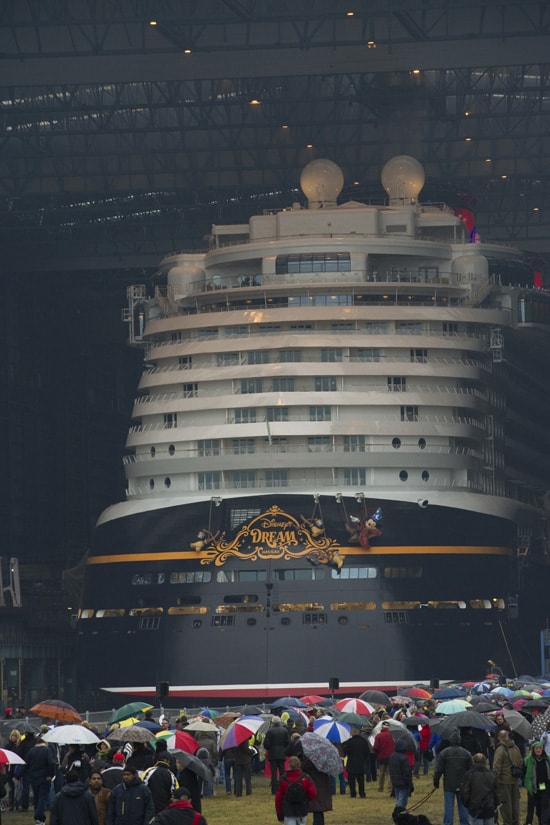 A tradition in the cruise ship industry, the float out marks yet another milestone for the Disney Dream. Fittingly, the ceremony was shared with thousands of local residents and shipyard workers who saw the ship magically transformed from tons of raw steel into a luxury liner that gleams in the Disney Cruise Line signature colors of black, red and yellow. For Papenburg, a town steeped in ship building tradition, the event turned into a community celebration to welcome the Disney Dream as she dipped her toes into the water for the very first time. 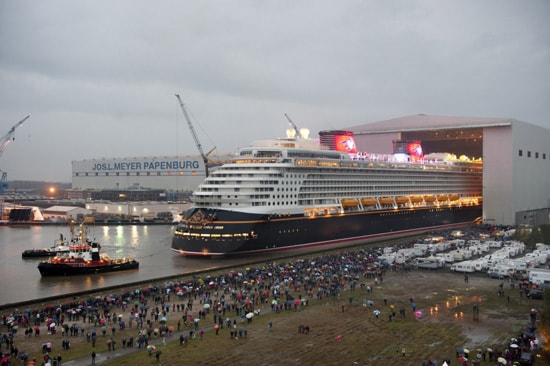 The party’s guest of honor soon made her grand arrival as a tugboat began pulling the 14-deck, 1,115-foot vessel from the building. Onboard, Donald Duck waved to the crowd as fireworks lit the night sky overhead. Mickey Mouse, who was debuting his brand-new, blue-hued captain’s garb, waved back from the shore as the tugboats nudged the ship left and right to position her in the harbor. 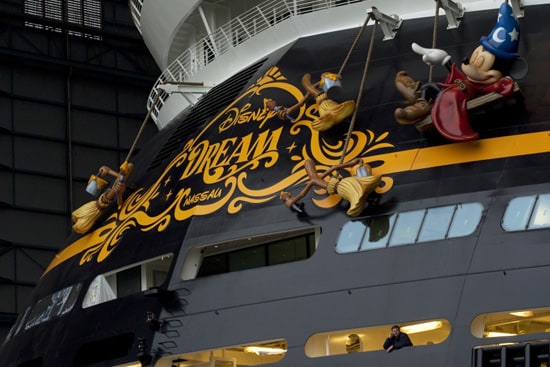 Work continues inside the ship as the Disney Dream sets her course for a Jan. 26, 2011, inaugural sailing from Port Canaveral, Fla. Testing will take place throughout the ship to ensure smooth sailing in the new year. In fact, a little mouse told me that even in the 40-degree weather in Germany, the AquaDuck — the world’s first “water coaster” at sea — is being tested with brave souls taking the 765-foot, splashtacular trip through the acrylic tube that winds throughout four decks. If you have something in particular you’re looking forward to experiencing aboard the Disney Dream, let us know in the comments.