Disney, Home of the Braves

Sure, the Major League Baseball season just ended, but if you want to get a jump on attending an Atlanta Braves spring training game at Walt Disney World, we just released the Braves’ spring training schedule and there are some marquee teams coming to town. 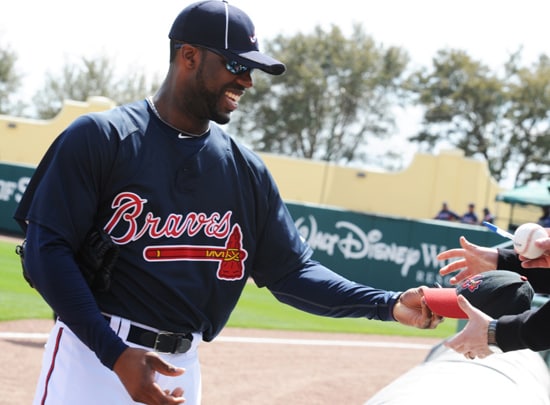 The first game at Disney is Feb. 27 when the Braves face the New York Mets at ESPN Wide World of Sports Complex. There are also games at Disney against the Yankees (Mar. 8), Red Sox (Mar. 16), Phillies (Mar. 27) and Cardinals (Mar. 9 and 10). In all, there are 18 home games being played from late Feb through late March.

The Braves should be pretty exciting to watch, too. They have a new manager – Fredi Gonzalez – and a new hot shot second baseman – Dan Uggla – which should help them make another run at the World Series after winning the National League East Division last season. While individual game tickets don’t go on sale until early next year, you can get ticket packages now by calling 407/939-GAME (4263) or online at espnwwos.com/atlantabraves.

Yum, I can smell the hotdogs and pretzels already.