Were you watching the blog this week? Man, was it packed with first looks and unique images from Disney Parks, including some great photos from inside our newest signature suite at the Disneyland Hotel. 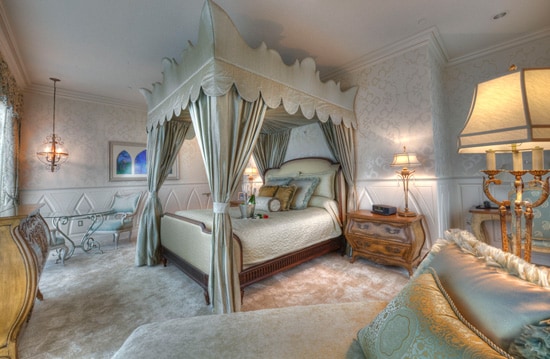 The Fairy Tale Suite has a marble foyer that descends into an enormous bedroom overlooking the entire resort through floor-to-ceiling windows. And there’s more to explore. Check out Heather’s post for more. 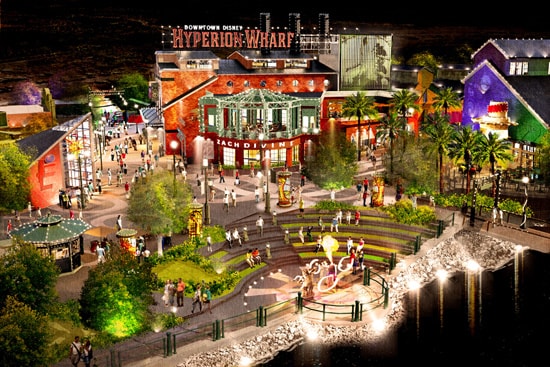 And how about our new plans for Downtown Disney at Walt Disney World Resort? A new vibrant waterfront district called “Hyperion Wharf” is in the works and this week you got a first look at what to expect in the future. The district will come to life with a nostalgic yet modern take on an early 20th century port city and amusement pier. By day, stylish boutiques and innovative restaurants will draw you in and by night, thousands of lights will transform the area into an electric wonderland. Thanks for the great comments on the post, and let us know what you’re thinking this weekend.

Now, here’s a look at other stories we featured on the blog this week:

Pooh Attraction, Shop Reopen at Walt Disney World – Enhancements to The Many Adventures of Winnie the Pooh attraction at Magic Kingdom park include a re-designed load area and a re-imagined gift shop called Hundred Acre Goods.

Where at Disney Parks Can You Find… – This purple print may not be in the park you think it is.

Mickey Watches Over Aulani – Chris Strong, a Disneyland Resort entertainment manager working on the Aulani project, shot this photo of “Mickey in the clouds” overlooking the lagoon at Aulani in Ko Olina.

Check In at Disney Parks with Gowalla – Disney Parks has teamed up with location-based web service Gowalla to make ‘checking-in’ to your favorite Disney places a lot more magical.

Partners in the Morning Fog – Paul Hiffmeyer shares another of his favorite photographs of the Partners statue at Disneyland park.